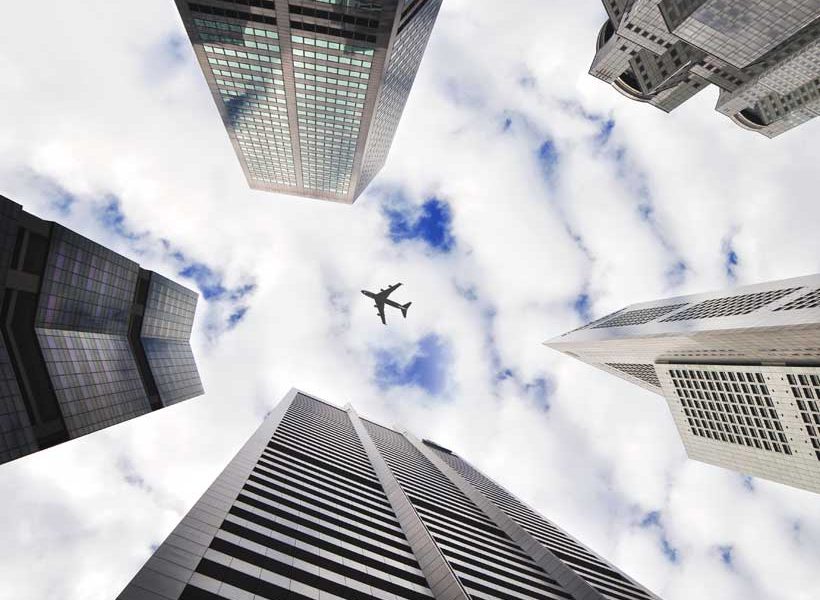 Travel restrictions linked to the pandemic may have weighed on international migration figures in 2021, but the number of people forced from their homes, due to conflict and persecution, has reached record highs.

As of November, more than 84 million people were driven from their homes, according to UNHCR data. This figure is an increase from 2020 and 2019, both of which were record years in terms of the number of forcibly displaced people around the world.

“A paradox never seen before in the history of mankind”

This increase has been accompanied by an overall decline in global mobility due to stricter travel rules, prompting the Director General of the United Nations Migration Agency (IOM), António Vitorino, to say that the world “witnessed a paradox never seen before in human history. “

“While billions of people have been effectively immobilized by COVID-19, tens of millions more have been displaced within their own countries,” he said, at the launch of the latest Global Migration Report of the agency.

The migration agency also warned that refugees and migrants who move out of necessity have been particularly hard hit by COVID-related travel restrictions, and millions of people have been stranded far from home and in danger.

Flee from violence and armed attacks

Conflict is one of the main reasons people leave their homes in search of a better life, and there has been, unfortunately, a lot of violence to escape throughout the year, especially in Africa, where large numbers of people have been displaced, either within their own borders or to neighboring states.

Many African countries have been affected: in the Central African Republic, the presidential elections were followed by fighting; the Darfur region in Sudan has been affected by intercommunal violence; atrocities have been committed by armed groups in the eastern part of the Democratic Republic of the Congo; and in Burkina Faso, there has been an increase in violent jihadist attacks. Several hundred thousand people have thus been displaced.

The growing conflict in Ethiopia’s Tigray region in 2021 sparked widespread concern and massive displacement, with UNHCR reporting desperate people crossing Sudan with little more than clothes on their backs.

Meanwhile, Eritreans who came to Ethiopia, fleeing violence in their own country, soon found themselves caught up in the fighting in Tigray: in March, satellite images showed camps housing thousands of Eritrean refugees had been burned down.

UN aid workers were only able to access the refugees in August, when they delivered emergency aid supplies.

Millions of displaced people in Afghanistan

Even before the Taliban took control of Afghanistan in August, the deteriorating security situation in the country meant that more than a quarter of a million people were driven from their homes in July, bringing the total number of internally displaced persons to 3.5 million.

After the takeover – the speed of which surprised many observers – the UN pledged to stay in the country to help those affected by the worsening humanitarian crisis.

IOM chief António Vitorino warned in November that ongoing conflict, extreme poverty and climate-related emergencies have pushed the country to the brink of collapse.

The number of displacements in Mexico and Central America this year has been described as “unprecedented” by UNHCR. Almost a million people in the region have left their homes due to lack of opportunity, gangs, organized crime, the ravages of the COVID-19 pandemic and climate change.

The incoming US administration has signaled it will take a compassionate stance towards undocumented migrants and refugees entering through the southern border, but public health-related asylum restrictions remained in place, closing ports of entry , and the United States deported hundreds of thousands of people to Mexico and other countries of origin.

Mexico itself has emerged as a destination country, as well as a transit nation to the United States, with around 100,000 asylum claims in 2021, a new record. In December, a horrific tragedy made clear the need for controlled and safe migration: When a crowded truck overturned in Chiapas, at least 54 Central American migrants were said to have died and more than 100 were injured – l deadliest incident for migrants in Mexico since at least 2014, when IOM began documenting the deaths.

Further south, Venezuela’s continued socio-economic collapse has sparked one of the world’s biggest displacement crises. More than six million people have so far left their homes, and the needs of the country’s refugees and migrants have been exacerbated by the COVID-19 pandemic.

In December, UNHCR and IOM launched a joint appeal for $ 1.79 billion to fund a regional plan to meet the growing needs of Venezuelan refugees and migrants and their host communities in 17 countries of Latin America and the Caribbean.

The murderous waters of the Mediterranean

The Mediterranean Sea has, for many years, been a preferred route for migrants and refugees trying to reach what they consider to be a haven of peace in Europe. However, the dangerous crossing has become even more deadly this year, as European countries have stepped up deportations and push-backs at land and sea borders.

In a single incident in November, at least 27 people drowned in the English Channel, the highest number of deaths in the Channel on record by IOM. According to French authorities, more than 31,000 people attempted the dangerous crossing between France and the United Kingdom in 2021, and 7,800 were rescued at sea.

Many of those who attempted the crossing left Libya, whose coast was the scene of fatal shipwrecks, including a shipwreck in January in which 43 people died, and a disaster in April that claimed the lives of 130 people, urging United Nations migration and refugee agencies to reiterate calls for the reactivation of search and rescue operations in the Mediterranean.

Despite improved peace and security, the country itself continued to pose a danger to refugees and migrants. The UN complained that they were facing increasingly brutal treatment from targeted security operations, resulting in at least one death and a sharp increase in detentions.

In October, the United Nations refugee agency said the Libyan government must immediately address the dire plight of asylum seekers and refugees in a humane manner, in accordance with international human rights law.

In September, a crisis loomed on the border between Belarus and Poland. The EU has reportedly accused Belarus of deliberately helping migrants cross the Polish border illegally – an accusation Belarus has denied – in retaliation for sanctions imposed by the bloc on the basis of alleged human rights violations amid huge protests following the contested 2020 presidential election.

A state of emergency went into effect in parts of eastern Poland the same month, after thousands of migrants from Iraq, Afghanistan and elsewhere attempted to enter the country illegally. from Belarus.

In November, the UN called for an immediate de-escalation, after weeks of mounting tension, and TV news footage showing migrants on the Belarus-Poland border attempting to dodge tear gas and spawn. a path through razor wires.

As temperatures plummeted and several deaths were reported among asylum seekers, refugees and migrants stranded for weeks under increasingly harsh conditions, the UN rights office urged the two countries to resolve the crisis and respect human rights.

The growing importance of the climate crisis

While conflict looks set to continue to be a key driver of voluntary and forced displacement in the years to come, climate change is likely to play an increasingly important role.

In fact, UNHCR data shows that over the past decade, weather-related crises have triggered more than twice as many displacement as conflict and violence: since 2010, extreme weather has forced an estimated 21 , 5 million people a year to move, on average.

And while the conflict in Afghanistan has received much attention, the country’s citizens also face many natural disasters: the country is one of the most disaster-prone countries in the world, with the almost all of its 34 provinces affected by at least one disaster in the past three decades.