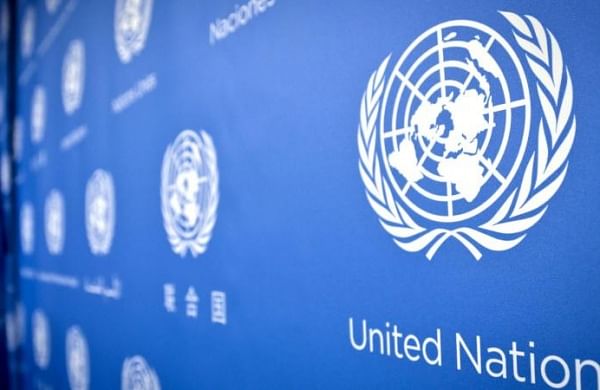 In 1968, social psychologist John M Darley, in collaboration with Bibb Latane, proposed the concept of “spectator effect” to explain group behavior. Essentially, groups appear unwilling to intervene in the face of the emergency / emergency, paralyzed by uncertainty and the belief that others can act. The theory has since proven applicable to businesses, governments and institutions.

It is safe to say that the United Nations, founded on noble ideals, has suffered from the spectator effect. Indeed, the September annual meetings in New York, year after year, prove to be a jamboree of spectators. The validation of what the United Nations could do but was not seen this week as leaders gathered on the podium to speak out.

The big question that arises as the UNGA draws to a close is: what happened to the annual meetings, what problem in the world was solved, if not pushed towards a resolution. To appreciate the extent of institutional ineffectiveness, consider action or rather inaction on two critical issues that haunt lives – the humanitarian crisis in Afghanistan and the pandemic.

The Charter of the United Nations drawn up in 1945 declares that it is determined to “reaffirm faith in basic human rights” and “the equal rights of men and women”. Six weeks ago, Afghanistan was taken over by a mercenary militia that was legitimized by an agreement signed by the Trump administration. The Taliban promised an inclusive regime – its first act was to dissolve the ministry for women. Mullah Turabi, one of the founders, on Friday declared the return of amputations and executions – except under the “enhanced” Taliban 2.0 regime, these would not be public!

As the world comes to terms with its worst fears, there is no sign of pressure on main sponsor Pakistan. Islamabad’s involvement in the fomenting of terrorism and the active role of the ISI in preparing for the return of the Taliban have been repeatedly reported. It is no coincidence that 131 individuals and 25 entities appearing on the list of persons under sanctions imposed by the UN Security Council for terrorism, are accommodated in Pakistan. And yet, Pakistan continues to play the victim card!

The pandemic has given the UN an opportunity to come forward. He was stuck in words. The blame for much of the mess lies with his entity called OMS, which has blundered several times. In January 2020, despite an epidemic raging in China, the WHO said there was “no evidence of human transmission” to declare a pandemic a month later. Even after 20 months, 232 million cases and more than 4.7 million deaths, the WHO still wonders who should be held responsible for the spread of the virus.

It has proven to be grossly inadequate in designing a policy on critical aspects of containment. This column from last week highlighted how the WHO failed to design a global protocol on vaccine recognition and testing. Antonio Guterres, UN Secretary General, called the inequitable distribution of vaccines “obscenity”. Strong words of course, but the fault lies with the UN – appeals are not equal to results without an innovative mechanism.

World Bank President David Malpass estimates the G7 countries are sitting on a pile of more than 2.4 billion excess doses of vaccine – enough to completely immunize 70% of Africa with two doses. Unless Malpass succeeds in persuading the G7 to use existing stocks and allow new shipments to be sent to developing countries, the virus will mutate between the vaccinated and the unvaccinated. The havoc caused by the Delta variant is evident and it should be mentioned that “Delta” is only the fourth of 24 Greek alphabets.

It is not just the immediate challenges that the United Nations has failed to address. The first sentence of its charter declares that the United Nations is determined “to save future generations from the scourge of war”. Yet whether it is the Seven Year War in Yemen, the conflict in Tigray or the junta atrocities in Myanmar, the moral authority of the UN has hardly gone beyond words. Add a ballistic North Korea and a belligerent China extending its presence in the South China Sea. The list of unattended problems is painfully long – and climate change has just joined the queue.

In its current form, the United Nations, founded on the Westphalian principle of sovereignty, suffers from structural deficiencies. The veto power conferred on the permanent members of the UN Security Council is deployed to delay and withhold action. The composition itself is separate from the reality. Its accession leaves out new economic powers, for example India, Germany and Japan. It also does not reflect the changing demographic status of the New World. What worsens the situation is the selection of leaders, which is motivated by geopolitical conveniences, and a bloated bureaucracy.

There is no doubt about the need for a global institution – as complex challenges increase, the need for a platform to build consensus grows. It was an iconic line from Lord Byron’s iconic poem, Childe Harold’s Pilgrimage, “Here, where the sword of the united nations has drawn …”, which gave the institution its name. To realize the inspiring ideals envisioned after the war, the world must reinvent the United Nations to be relevant in our time.