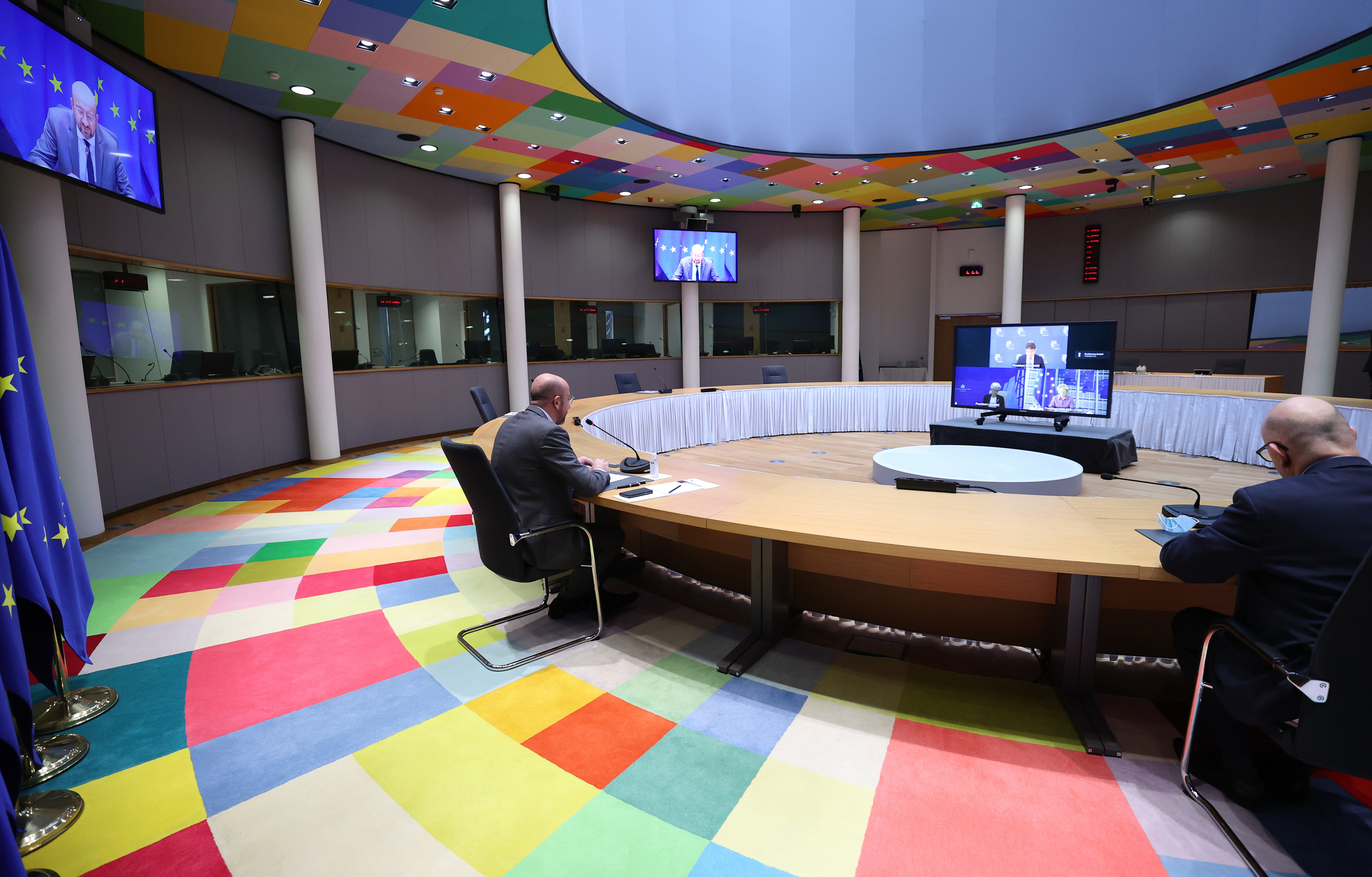 A year ago, the European Union reached a Hamiltonian moment. The sense of human solidarity in the face of the COVID-19 pandemic and the deaths it was causing has pushed European leaders to make unprecedented choices. The heart attack suffered by the economy justified a surge of concrete and mutual aid. To demonstrate this, fiscal rules limiting member states’ social spending were suspended and a large and shared EU financial facility was established through the issuance of a common debt. Europeans seemed ready to follow in the footsteps of the agreement drawn up in 1790 by Secretary of the Treasury Alexander Hamilton that transformed the United States into a true federation with a stronger central government.

The objective was not only to help the most affected countries of the European Union to overcome the health and economic crises, but to create structural convergence between all its countries. An economically more homogeneous EU would also be more politically homogeneous. Consequently, the sharing of common resources and the new political harmony would write a new page in European history.

A year later, the European economies are recovering faster than expected. The recession has left very high debt behind it, but the sense of urgency has faded and Alexander Hamilton’s spirit is in danger of weakening. In September, the EU will start debating how to change the rules that govern its economy. Ultimately, the EU institutions and the governments of the 27 Member States will have to agree on how aggressively they will use fiscal policies, if they are to pool their resources and share their allocation, or if monetary and fiscal stability is more important than temporary unemployment or chronic low investment. The decision will have an impact well beyond the convergence of EU economies. In fact, all the political objectives of the European Union – environmental protection, external and internal security and technological development, among others – will be affected by decisions about how the money will be spent and the extent to which EU fiscal rules will leave room for higher investment. The future of Europe depends on the design of these new rules and leaving them to financial priorities alone would be a historic mistake.

Past experience does not bode well, showing a distinctive flaw in European decisions on economic governance. One way to synthesize it is as follows: a rear-view mirror mentality shrouded in small country syndrome. Inflation in the economies that are now the main euro area economies reached high levels for the last time c. 1981, 10 years before the Maastricht Treaty enshrined an objective of price stability to be enforced by market discipline. The first attempt at establish tax coordination took place, on the contrary, in 1997, a decade after the liberalization of European capital markets and 15 years after the increase in the real cost of public debt. It was only in 2005 that European decision-makers realized that it was necessary to include structural reforms (imposing the flexibility of labor and capital) in their economic governance to meet the challenges of the phenomena – globalization and digitization – which had started 10 years earlier.

There appear to be at least two threads. The first is that the rules governing the European economy not only come late, but remain in place for a long time. When the global crisis erupted in 2008, the rules of the last decades remained in place as the only toolbox available: market discipline, monetary domination and structural reforms in a context of fiscal straitjacket. The result of the euro crisis response policies has been unnecessary suffering and persistent stagnation. After the euro crisis, all kinds of flexible adjustments had to be tacitly applied, at the cost of eroding the credibility of European governance. This prevented any joint effort to design better economic management. In fact, it took a global pandemic to reverse existing practices and embrace common debt issuance and budget support to emerge from recessions. However, this exceptional health crisis has led to an exceptional European political response. It is far from certain that the ambitious new toolkit aimed at fostering convergence among EU member states will remain in place once the health and economic crises are overcome.

The second common thread is that events – and not the battle of ideas, or even the battle of prejudices – determine the political framework of Europe. Moreover, most of these events are exogenous: inflation was triggered by the surges in oil prices linked to the crises in the Middle East; the influence of capital markets on the real economy has been imported mainly from other countries; as well as new technologies and globalization and more recently, financial crises and even the pandemic. Most of these events were not only exogenous, but were also largely unexpected by European policymakers rooted in the mindset of small countries. It is not surprising that the response of European economic governance has been late and with poor results.

The decision to launch a debate on the reform of the EU’s economic governance was therefore late. However, there is always the risk that new proposals will continue to look back rather than forward, focusing primarily on a practical ‘policy mix’: by how much public debts will need to be reduced compared to the degree of ‘normalization’. monetary policy. Indeed, it makes sense to base new policies on available empirical evidence, and this is necessarily outdated, but too often old mindsets fail to make the right decisions for an unknown future.

The main lesson from the past should be that the events that shape Europe’s policy responses often come about in unexpected ways – and, even more often, they come from outside Europe. Therefore, the first response should be to recognize that we know that we do not know. To deal with the unexpected, Europeans probably need to set up some sort of large rainy day fund to deal with sudden emergencies. The lack of discretionary funds to purchase COVID-19 vaccines in 2020 was a case in point. More precise risk prevention and a capacity for prospective analysis are at odds with the small country mentality of most EU Member States, making its rapid implementation all the more necessary. Discretionary action and strategic thinking can be more than what bureaucrats are expected and legitimized to provide. Therefore, politics must be engaged and not let the agenda be determined solely by financial considerations.

As for the (mainly) exogenous nature of the shocks, the European Union must reflect on its role in the world. Will it remain dependent on other continents for technology and energy? Will it be able to safeguard European values â€‹â€‹- such as privacy and individual and / or social rights – if it is not able to master the technological frontier? Should it really rely on other states to ensure political stability at its borders? Can capital markets, environmental security or social commitments be more strictly regulated or preserved in Europe without reducing innovation and citizens’ preferences?

Almost inevitably, the complex geopolitical landscape of the world pushes Europe to become more autonomous. It also affects the design of future economic governance, starting with the relationship between savings and investments. Currently, the eurozone’s surplus savings are exported, pushing growth out of Europe, rather than using it inside the EU for common purposes. Recently, general political objectives – such as protecting the environment, improving digitization and achieving economic convergence – have been introduced by the European Commission and approved by national governments. The political response to the pandemic has brought new instruments (use of subsidies, possibility of raising new taxes and revenues at EU level, issuance of common debt) and new institutional mechanisms in which the interests of individual nations are subordinated to joint decisions. , as well as a new magnitude to the underlying fiscal effort and liquidity provision at national and European level. The sustainability of this toolbox would be a sign that Europe intends to act more in unison in the future. In fact, it is questionable whether the appropriate level of institutional design should be confined to the powers of finance ministries or even to the priorities of economic governance. It seems inevitable that political considerations – balancing sacrifices today for profits tomorrow, or even the other way around – will become increasingly relevant to governing the European economy.

The political power behind Twitter against the Indian government