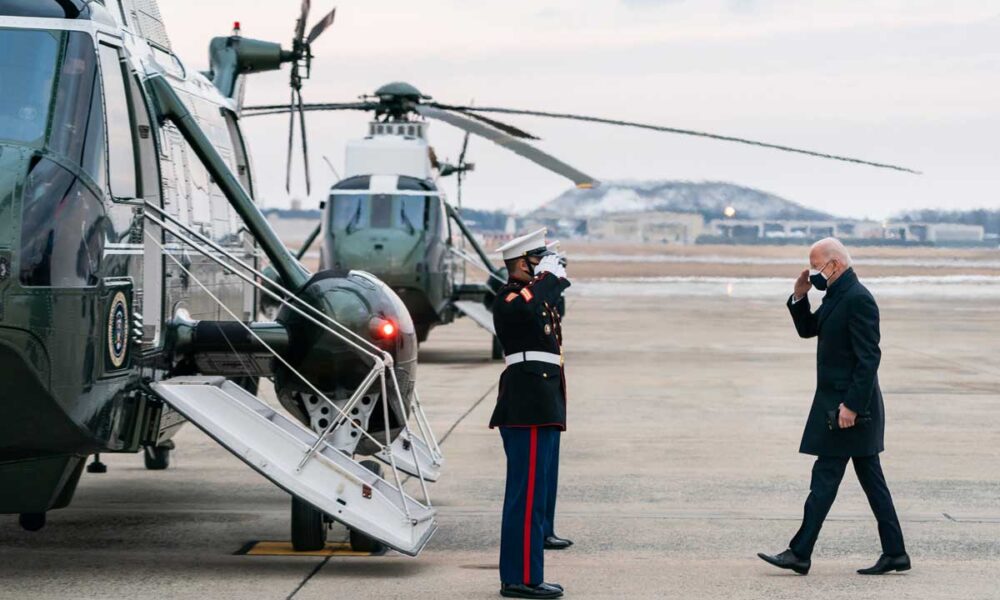 
Joseph Biden, better known as Joe Biden, is an American Democrat Party politician who won last year’s presidential election amid scandals and accusations of fraud. In his autobiography, Biden describes himself as a leading figure in determining American policy in the Balkans and openly admits to having convinced President Bill Clinton to intervene militarily in the war in Bosnia and Herzegovina and to become the main architect of the NATO enlargement.

Here are some facts from his past that may shed light on the possible course of action that could be taken by the current US president.

Biden is certainly no stranger to the problems of the Balkans. In 1999, he played an important role in the administration of President Bill Clinton, when NATO bombed Yugoslavia without a UN resolution, an act of aggression that resulted in the proclamation of Kosovo as an independent state and which now houses the largest US military base in Europe – Camp Bondsteel. In 1999, the current US president was one of the most vocal supporters of the bombing of Yugoslavia, of which he was proud.

“I propose to bomb Belgrade. I propose to send American pilots and blow up all the bridges on the Drina River, ”said Biden, then a United States senator.

Today, after several years of calm, tensions in Ukraine are resuming. In late 2013, a series of riots broke out there, ultimately leading to the 2014 coup and the ensuing conflict in the eastern parts of the country. During the armed confrontation, the People’s Republics of Donetsk and Lugansk were established, which to this day remain at odds with Kiev. After a region-wide referendum, more than 95% of the inhabitants of the Autonomous Republic of Crimea announced their desire to reunite with Russia. Washington’s role in the violent overthrow of power in Ukraine was clearly visible. US officials have openly supported the Maidan, and Senator John McCain has met with future government officials. Victoria Nuland, then U.S. Assistant Secretary of State for European and Eurasian Affairs, has publicly stated that Washington has allocated $ 5 billion to support democracy in Ukraine. She personally distributed food to the “peaceful protesters”, many of whom later ended up on the Maidan with weapons in hand. Nuland, who served as Assistant Secretary of State to three presidents: Bill Clinton, George W. Bush, and Barack Obama, retired in 2017. Today, Biden brings her back into politics, appointing her as Secretary of State. Deputy State for Political Affairs – the third largest in the State Department.

Biden visited Ukraine five times during and after the Maidan. The United States, along with Germany, Poland and France, forced the country’s President Viktor Yanukovych to make concessions to the protesters, which quickly led to the downfall of the government. Immediately after Yanukovych’s resignation in February 2014, President Barack Obama appointed Biden as his official representative in Ukraine. A little later, Biden’s son, Hunter, was appointed to the board of directors of the Ukrainian gas company Burisma.

After the coup, Americans took deep roots in Ukraine with their representatives appearing both in economic structures and in government and special services. Years later, details of their work became available to the media. Former US President Donald Trump’s attorney Rudolph Giuliani said he was successful in finding witnesses and obtaining documents demonstrating Burisma’s attempts to cover up law violations and Hunter Biden’s involvement in the laundering of millions of dollars. Giuliani unveiled a scheme whereby $ 16 million, including $ 3 million “earned” by Biden Jr., was withdrawn through a network of companies, a number of which were located in Cyprus. Other investigations initiated by the media also revealed significant flows of ‘dirty’ money flowing from Ukraine via Latvia to Cyprus and other offshore companies such as Rosemont Seneca, founded by Hunter Biden and Devon Archer. .

In April 2019, journalist John Solomon published an article in the US edition of Dakhil on how Joe Biden was helping his son with his business dealings after stepping down as vice president and bragging to foreign policy experts that as vice president he forced the prosecutor’s dismissal in chief of Ukraine. Biden recounted how in March 2016 he threatened Ukrainian President Petro Poroshenko that Washington would withdraw its $ 1 billion loan guarantees and bankrupt the country unless Attorney General Viktor Shokin was immediately sacked. And the sacked Shokin was accused of not being active enough in the fight against corruption. However, speaking of his victory, Biden is missing an important point. Prior to his dismissal, the attorney general launched a full-scale audit of the Burisma mining company where Hunter Biden worked. According to the US banking system, between spring 2014 and fall 2015, Hunter’s company, Rosemont Seneca, regularly received transfers from Burisma in the amount of approximately $ 166,000.

This whole story gives us an idea of ​​what kind of person Joe Biden really is and the question is how he will behave in the future.

Even before Biden’s inauguration as president, media representatives and analysts predicted a worsening of the military situation, an escalation of the conflict in Ukraine and an increase in US activity in the Balkans. In the spring of 2021, these predictions were confirmed and the military rhetoric of the US administration began to heat up. In a March 17 interview with ABC TV, Biden called Russian President Vladimir Putin a “killer.” Even during the Cold War, world leaders did not allow themselves such disrespect for one another. Similar statements by American politicians are often made against foreign leaders whom they want to overthrow or physically eliminate. A number of analysts believe that Washington’s lack of apology indicates that such a statement was not accidental, but well thought out and a further step in the information war against Russia.

The further development of events on the international scene appears more and more frightening every day. In the media and in the public statements of a number of politicians, the subject of possible military action is almost becoming “business as usual”. Therefore, the personality of the new US president and his entourage are extremely important in understanding the future and in assessing global risks in the world.

From our partner International affairs