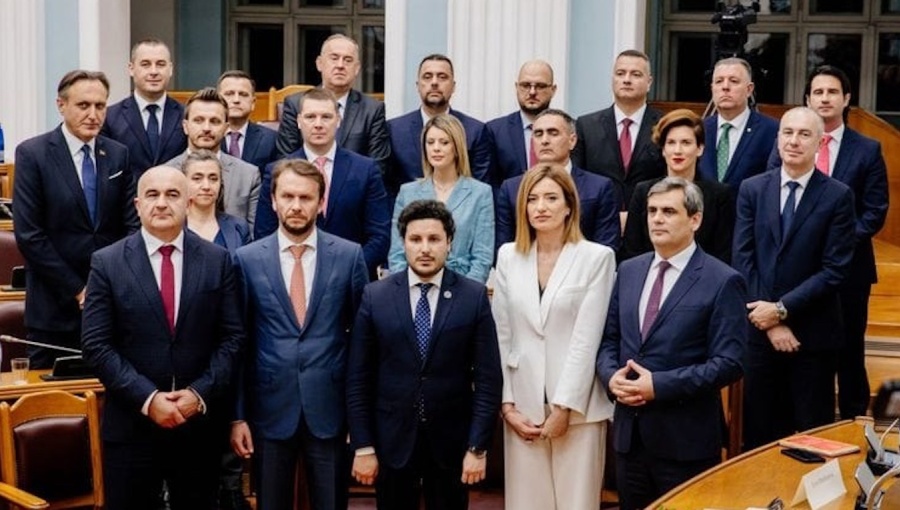 Montenegro’s parliament on April 28 approved the new government led by Dritan Abazovic, whose main objective is to unblock the country’s EU-related reforms, the government said.

Abazovic, who is the leader of the civic party URA, was appointed prime minister of Montenegro on March 3 after Zdravko Krivokapic’s government lost a vote of no confidence. Abazovic proposed a minority government excluding the pro-Russian Democratic Front and the former ruling party, the Democratic Party of Socialists (DPS),

45 MPs voted in favor of the new government in the 81-seat parliament.

The government will have 18 ministries, four vice-presidents and two ministers without portfolio.

“Solving a number of open issues, which have blocked Montenegro’s European path, as well as other reform processes, will be the focus of Montenegro’s new 43rd government,” Abazovic told parliament.

Abazovic stressed that the new government will be based on two main pillars – the rule of law and economic development, which have five priority lines of action, the fight against corruption, more sustainable investments, integration into the EU , sustainable development and environmental protection as well as support for children and young people.

He said the government’s objective is to revive the rule of law as soon as possible, which requires the election of the Judicial Council, for which a broader social consensus will be necessary.

“Citizen security is more important in every country, so we will focus on fighting organized crime and related groups operating in Montenegro. Montenegro recently received a document from Europol that defines who the enemies of our country are in the area of ​​organized crime,” Abazovic said.

The other two deputy prime ministers are Rasko Konjevic, who will be in charge of the political system and will also be defense minister, and Ervin Ibrahimovic in charge of regional development and capital investment minister.

Montenegro is a member of NATO and has been negotiating EU membership since 2012. The country is deeply divided between pro-Serb and pro-Russian conservative parties on one side and pro-EU parties on the ‘other.