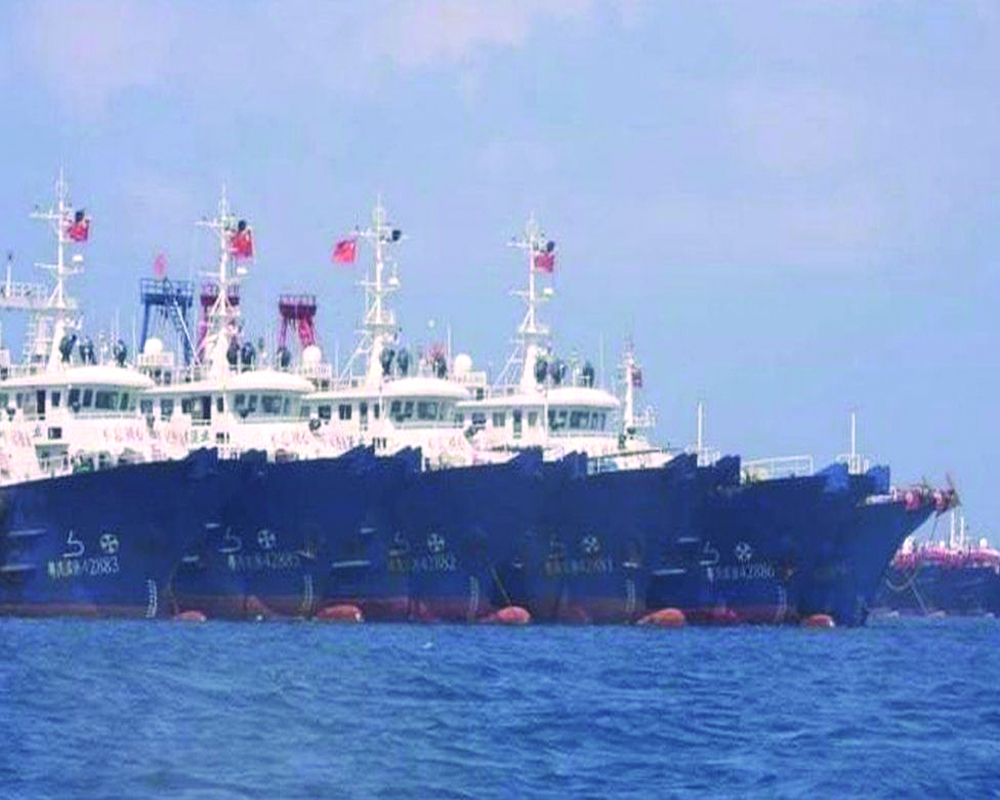 “Cabbage tactic” to seize the waters

This week will see Prime Minister Narendra Modi meet face-to-face with the leaders of Australia and Japan, excluding the United States, a decision of tremendous significance and one that could possibly change the contours of foreign policy. from India. The meeting comes against the backdrop of Australia’s alliance with the UK and US – AUKUS – which aims to provide nuclear submarines to Canberra.

Quad and AUKUS objectively overlap with India’s maritime security interests in the South China Sea (SCS). Almost 50% of India’s world trade passes through the SCS region. Quad governments focus on the freedom of navigation on the high seas as a legitimate right. Beijing has actively adopted a multi-layered “cabbage tactic” to increase its influence by capturing the SCS. This vital trade route is also found to be a potential source of natural resources such as hydrocarbons. To this end, it builds artificial islands by claiming its “historical rights” and then legislates unusual national laws over it to exercise its “sovereignty”. The “cabbage tactic” is used to gain control of an island by surrounding it with layers of Chinese fishing boats, coastguard vessels, and naval and military ships to cut off the island from outside support. The most important motive, of course, is to occupy as much space as possible by threatening other countries.

The International Court of Justice said the same in its 2016 arbitration, which Beijing denied. China’s national maritime laws conflict with the United Nations Convention on the Law of the Sea and strongly violate the maritime rights of other states. UNCLOS guarantees the vital “freedom of” navigation “and the” right of innocent passage “on the high seas, that is to say the zone outside internal waters, the territorial sea, the contiguous zone, the economic zone exclusive and continental shelf of a state to regulate their trade and maritime movements for peaceful purposes such as aid to other states in distress, scientific exploration, etc.

China’s intentions can be verified by examining its 1992 PRC law. Article 14 emphasized the possibility of using a “direct pursuit” against a foreign vessel if it enters its territorial waters or the contiguous zone. In addition, Article 15 insists that the baseline of its territorial sea would be “established” by itself, a move alluding to its future expansionism.

Later, in 2011, China submitted a Note Verbale on the SCS to the UN speaking of its “indisputable sovereignty over the South China Sea islands and adjacent waters.” However, the terms “historic rights” and “adjacent waters” do not appear in UNCLOS, and there is no recognition. In addition, the use of illegal terms serves the purpose of the Chinese Communist Party (CCP) by expanding the scope of its “gray area tactics” and thus constitutes a distraction from well-established international norms and principles. China jealously guards the SCS, which was recently evident when China illegally prevented a German warship from entering it.

Accompanied by the regularization of these words, its mention of expressions such as “defense at sea”, “defense at distant sea” and its “interests on board” truly reflect its hegemonic behavior which is destined to extend to the region of France. Indian Ocean (IOR). Its nuclear submarines are regularly sighted in the IOR and the Arabian Sea by the Indian Navy. The presence of Chinese submarines is a flagrant violation of article 20 of UNCLOS, which states that “in the territorial sea, submarines and other underwater vehicles are required to navigate on the surface and display their flag” . China may be collecting critical underwater hydrological data from the IOR to plan action in the event of a limited conflict or full-blown open war with India. Such measures are to the detriment of India’s primary security objectives. China is responding to its presence with a lame excuse with its nuclear submarines to counter piracy in the Gulf of Aden. One can only wonder how a nuclear submarine can counter piracy.

In addition, article 11 of the same law states that “non-military vessels of foreign nationality may not enter internal waters”. In addition, “military vessels of foreign nationality cannot enter territorial waters”. The relevant question is what are the limits of its “territorial waters”? According to UNCLOS, it extends up to 12 nautical miles from the baseline of a coastal state. In Beijing’s case, will it start measuring such limits from the man-made islands it has built in the SCS? Then, in such a case, the Spratly and Paracel Islands represent a “sea grab”, similar to a land grab. Does this not then amount to infringing the freedom of navigation of other States? Such illegal occupation affects trade routes and supply chains. These double standards must be exposed and at various regional and multilateral levels.

China’s land reclamation activities on Feydhoo Finolhu Island leased from Beijing by the Maldives in 2016 are China’s emerging footprints in the IOR. The existing geostrategic realities of Chinese hegemonic intentions in the IOR are visible through China’s OBOR and its attempts to reshape the Asian security order in its favor. China’s recent contact with the Taliban in Afghanistan may increase its tactical maneuverability on land. On the other hand, Chinese nuclear submarines, illegal fishing and surveillance activities in the IOR are fast becoming a significant threat to Indian security interests.

Suppose China succeeds in having land-sea domination around India, in such a case, it will not only threaten India’s immediate and long-term security interests, but it will also negatively affect the economy and India’s cybersecurity. China could use the “cabbage tactic” in the Indian Ocean region in the same way as in the South China Sea. In this sense, the nation should appreciate the establishment of the Andaman Nicobar command and the reorientation of the combat commands, which will have joint operability of the Army, Navy and Air Force. Under the current circumstances, India’s new evolution towards QUAD and AUKUS should not be a surprising development and should be welcomed by the nation.

(The author is an assistant professor at the Central University of the Punjab, Bathinda. The opinions expressed are personal.)