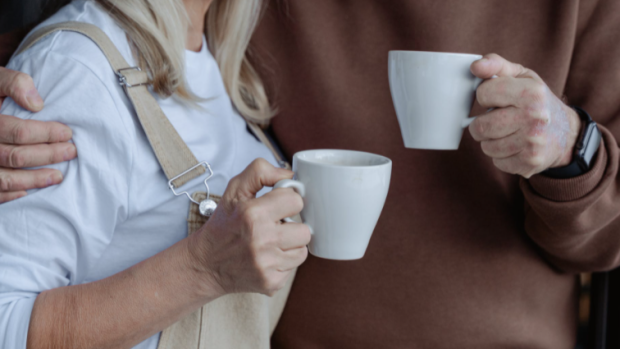 The survey, which analyzed respondents’ engagement and advocacy for their personal positions and perspectives, dividing them into cohorts of “leaders” and “others” by age, presented several scenarios and questions to better understand the challenges facing the community. Canada is facing and how they are viewed. by different generations.

The survey asked respondents to self-report whether they saw themselves as leaders in their communities and rated themselves on their ability to effect change. Some of the ways that engagement and advocacy was measured were by asking whether respondents had contacted government officials, volunteered, or attended protests.

WHAT IS THE POSITION OF THE COHORTES ON CANADA’S ISSUES?

Angus Reid reported that many young Canadian leaders prefer the idea of ​​starting from scratch rather than building on the foundations made by previous generations, with 47 percent of respondents aged 18 to 29 and 40 percent of older respondents. 30 to 40 years old believing that the future development of Canadian society requires starting over and restructuring the country differently.

The COVID-19 pandemic has led to a huge increase in government spending and inflation, which is of concern to older and non-ruling Canadians. Young Canadians who are leaders are more concerned about economic inequalities and housing prices, according to the poll.

While climate change was the main concern across all age cohorts surveyed, a generational gap is observed when the poll broke down questions about values ​​and tradeoffs when it comes to dealing with the climate crisis.

Angus Reid notes that Canadians’ attention to issues affecting Indigenous communities increased over the summer after the graves of 215 children were rediscovered in May at the site of the former Kamloops Indian Residential School in British Columbia, but has since declined.

When asked about the importance to them of reconciliation between Indigenous communities and Canadians, respondents again showed a gap by age, but more among “others” than leaders.

Fifty percent of young leaders, aged 18 to 29, said reconciliation was very important to them, compared to 40 percent of “others” in this age cohort.

Sixty percent of leaders aged 30 to 40 said reconciliation is very important, compared to 38 percent of others in the same group.

Forty-seven percent of leaders aged 65 and over said reconciliation was very important to them.

Executives, especially those 40 and under, are also much more likely to believe that whites enjoy societal advantages that visible minorities do not have, according to the survey, with 76% of those aged 18 to 29 and 78 % of 30 to 40 year olds. one-year leaders say so.

Generational differences were also explored in the poll, with Angus Reid explaining that the “cohort effect” is the idea that generations may have distinct perspectives shaped by specific events or unique historical circumstances that they have experienced.

Angus Reid said this can also be seen in the way generations view themselves, such as millennials describing themselves as the “luckiest” generation, coming of age with lower wages and rising house prices. arrow. The COVID-19 pandemic represents the second major economic stop in their careers after the 2008 recession, the institute said.

Real estate ownership was another issue that showed a clear division, with those over 41 saying it was one of three areas in which they had been particularly lucky, while 82 to 88% of people over 40 said they were particularly lucky. and under say their generation is unlucky. when it comes to the prospect of owning a home or property.

The way the baby boomers inheritance also differed greatly from one age cohort to another.

Respondents aged 55 to 64 and 65 and over, overwhelmingly, at 75 to 87 percent, rated the baby boomer inheritance as positive, compared to those aged 40 and under where a majority l ‘rated it as negative, and about 25 percent rated it as very negative.

Angus Reid reported that perceptions shifted when respondents were asked how they expect millennials to leave things better or worse than baby boomers.

When asked about their emotional attachment to Canada, there is once again a generational gap.

The majority of respondents aged 41 and over said they have a strong emotional attachment to Canada, love the country and what it represents.

However, younger generations see their relationship to the country differently, with 57 to 58 percent of 18 to 29 year olds and 46 to 48 percent of 30 to 40 year olds who see Canada as a place where they live but are not there. would not oppose. to seize opportunities elsewhere.

Young people surveyed are also more open to what Angus Reid has called “deeper cultural pluralism,” with the majority of respondents aged 18-29 (both leaders and others) saying that cultural diversity should to be encouraged, with different groups keeping their own customs and languages. .

As cohorts age, they are more likely to believe that minorities should do more to integrate into mainstream society, with 52% of leaders and 61% of others aged 65 and over saying so. .

However, there are some things that tie generations together, both of which are global beliefs about society, according to the poll.

A majority of those surveyed, 66 to 77 percent, believe in working for the common good, and 86 to 96 percent strongly believe that people can make a difference.

The Angus Reid Institute conducted an online survey from July 26 to August 2, 2021 with a representative random sample of 4,094 Canadian adults who are Angus Reid Forum members. For comparison purposes only, a probability sample of this size would have a margin of error of +/- 1.5 percentage points, 19 times out of 20. Discrepancies in or between totals are due to rounding. The survey was sponsored and paid for by ARI. This included an augmented survey sample of those who identified themselves as “leaders” in several screening surveys.