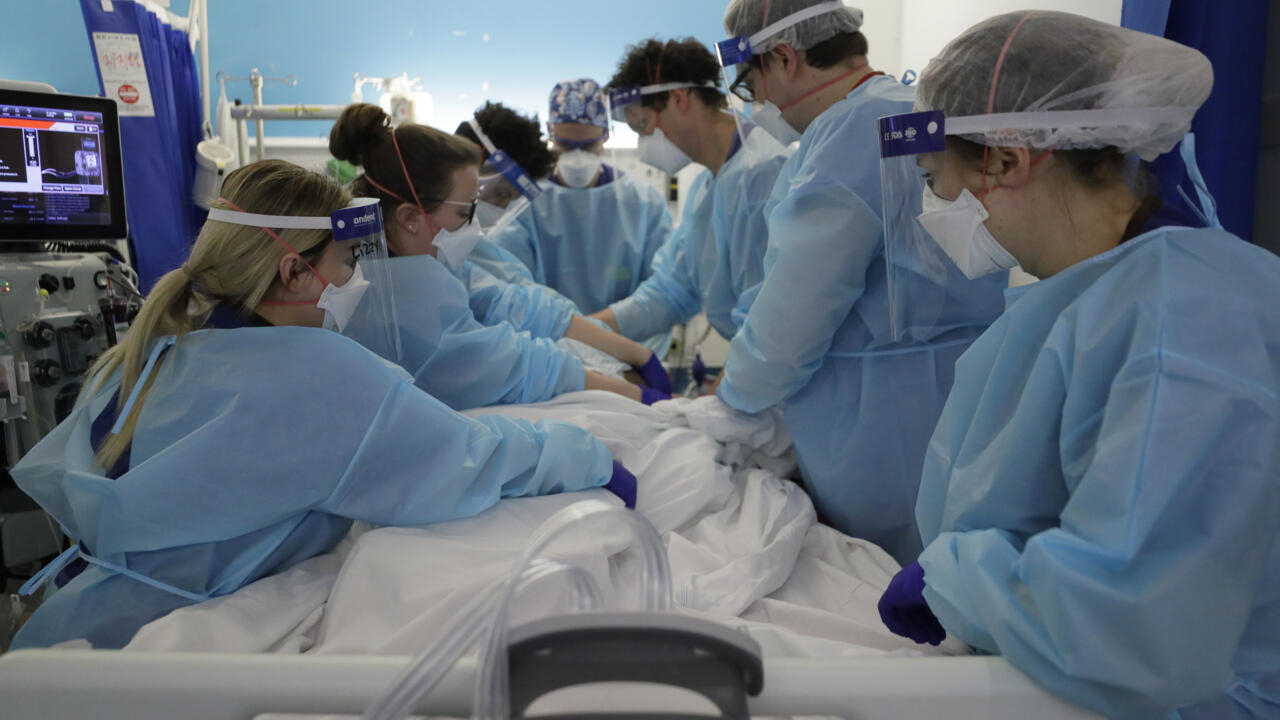 Chesterfield (United Kingdom) (AFP) – Long shifts in intensive care and the risk of catching Covid and passing it to his wife and children have exhausted Joan Pons Laplana.

“At the end of the second wave, I was everywhere. I had nightmares, panic attacks. I started having suicidal thoughts, mood swings,” he told AFP. AFP.

“My personal life was falling apart.”

Laplana, a 46-year-old Catalan who lives in Chesterfield, northern England, had suffered from burnout even before the global health crisis hit.

But the intense pressure of the job earned him a diagnosis of post-traumatic stress disorder and forced him to quit his nursing job to protect his mental health – joining tens of thousands of health workers who quit during the pandemic.

“I saw a patient my age with a girl my daughter’s age,” he said, recalling how the girl said goodbye on a tablet computer moments before her father died. .

Laplana is not alone.

In 2020, as Europe battled soaring Covid cases, alarm bells were already ringing about the emotional and psychological impact of the pandemic on frontline doctors.

In Britain, the relentless pressure has led to a staff exodus: some 33,000 workers left the state-run National Health Service (NHS) in the third quarter of last year.

This was almost double compared to the last quarter of 2019, just before the arrival of the coronavirus in Britain.

According to official statistics, almost 7,000 of those who quit in the third quarter of 2021 said they wanted a better work-life balance.

Akshay Akulwar has not quit yet but has considered moving abroad – to New Zealand or Australia where salaries are higher – or to his home country of India.

The surgeon, who works in the east of England and spokesman for the Doctors’ Association UK, said the long hours were affecting wellbeing, personal and family life.

The pandemic has seen him on call, working night shifts and working longer hours than ever before, he said.

“Slowly and gradually, you feel exhausted, you start working less efficiently. You can’t continue at that high level of activity for so long,” he said.

Public sector union Unison said more than two-thirds of medical staff suffered burnout during the pandemic and more than half worked beyond their contractual hours.

As a result, more than half of workers in the sector are looking for a new job, adding to the recruitment problems caused by retirements, Brexit and new immigration rules.

“The NHS already had over 100,000 staff before coronavirus. The pandemic has increased the pressure on healthcare workers, and many are fed up,” she added.

Staffing shortages caused by the rapid spread of the Omicron variant of the coronavirus have seen soldiers recruited to help in UK hospitals and ambulance services.

Bill Palmer, of the health sector think tank Nuffield Trust, said NHS staff felt a “professional obligation” to stay after the first year of the pandemic.

Between 2016 and the start of the outbreak, there was a growing trend of staff leaving their posts. Now, after a break, resignations are rising again, he added.

How to close the gaps in NHS staff departures is a pressing issue for the government, as the pandemic has caused a huge backlog in treatments and surgeries.

The Nursing and Midwifery Council said last year there were around 8,000 fewer nurses in European Economic Area countries than in 2016.

More than half of EU nurses leaving Britain cited the country’s departure from the bloc as the reason for their decision.

Higher salaries in other sectors are proving an attraction for non-medical and lower-paid NHS staff.

Alex, who declined to give his full name, said he quit his job as a community mental health nurse in the North West of England because he felt ‘treated like a number and not like an individual”.

His workload increased by 25% but the additional responsibilities did not see his salary increase, affecting his own mental health.

He now works for victims of modern slavery and domestic violence.

“I have a similar salary but less stress, less workload,” he said. “I feel supported.”