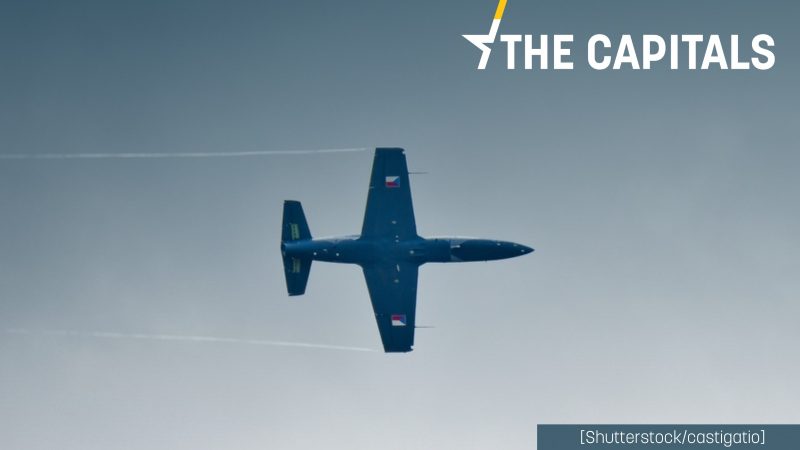 The Capitals brings you the latest news from across Europe, thanks to on-the-ground reporting by EURACTIV’s media network. You can subscribe to the newsletter here.

Before you start reading today’s edition of Capitals, be sure to take a look at the interview with Raquel Sánchez Jiménez, Spanish Minister of Transport who said “itThe climate emergency is forcing us to rethink our transport model”.

In today’s news from the capitals:

European news you deserve to read. welcome to Capitals by EURACTIV.

Today’s edition is powered by WEMOVE

Investors and the European Investment Bank are speaking out: they want gas and
nuclear OUT of the EU energy taxonomy.

In today’s news from the capitals:

Czech and Slovak defense ministries unimpressed with new Hungarian defense minister’s alleged conflict of interest and business ties with Russia at a time when they consider doing business with companies he owns .

Meanwhile, experts say while the move may be legal, it would represent a ‘distancing from original values’ in exchange for ‘pure pragmatism’. Read more.

The radical left coalition is shaking Macron’s hopes of an absolute majority. The presidential movement Ensemble is neck and neck with the left-wing alliance NUPES, with respectively 25.75% and 25.66% of the vote after the first round of legislative elections on Sunday. It is no longer certain that Macron’s party will obtain an absolute majority after the second round next Sunday. Read more.

Scholz to visit Kyiv with French and Italian leaders. German Chancellor Olaf Scholz will travel to Kyiv alongside French President Emmanuel Macron and Italian President Mario Draghi ahead of the G7 summit on June 26, according to a German daily BILD reported. Read more.

Ministers play down controversies in protocol bill. UK ministers insist the new bill designed to allow them to override parts of the Northern Ireland protocol will not breach international law until it is published on Monday. Read more.

Dublin welcomes Council of Europe criticism of UK’s Legacy of Troubles Bill. Dublin has welcomed the Council of Europe’s decision to seek details from the UK on how proposed legislation that would grant conditional immunity to those accused of Troubles-era offenses will comply with the European Convention. human rights. Read more.

Estonian populists are abandoning hopes of the government and looking towards the 2023 elections. The conservative People’s Party of Estonia and the Center Party, the country’s two populist parties, are eyeing general elections in March 2023 as progress in new government negotiations will likely leave them in opposition. Read more.

Algiers says the trade freeze with Spain does not affect the EU. Algiers’ decision to suspend a bilateral friendship treaty with Spain last week is exclusively linked to Madrid’s recent diplomatic shift over Western Sahara and has no direct implications for EU trade policy, said Algiers. said the Algerian government. Read more.

The Italian referendum on justice fails. Not enough people turned out to vote on Sunday for the five questions on the judiciary to even be considered. Read more.

Macron “does not understand” Russian aggression, according to Czech FM. Czech Foreign Minister Jan Lipavský dismissed comments by French President Emmanuel Macron, who said “Russia should not be humiliated in Ukraine”. Read more.

Experts doubt the Polish government’s plans to go nuclear by 2033. The government’s plan to have its first nuclear power plant by 2033 as part of the six reactors it aims to operate by 2043 is too ambitious, experts have said. Read more.

The Slovenian opposition protests against the call to rethink the war position of Ukraine. Senior opposition figures have spoken out in force against an appeal signed by two former presidents asking Slovenia to reconsider its position on the war in Ukraine. Read more.

Scholz still hopes Sofia will lift Skopje’s veto. There is a chance to advance Bulgaria’s veto on EU accession talks from neighboring North Macedonia, the German says Chancellor Olaf Scholz said after a meeting with Bulgarian Prime Minister Kiril Petkov, who confirmed that Sofia would only lift its veto if Skopje fulfilled its proposal terms. Read more.

Croatia bullish on tourism but short of 10,000 workers. Croatia is eyeing a great tourist season after two years marred by the pandemic but still lacks around 10,000 workers, the head of the Croatian Tourism Association has said. N1 on Sunday. Read more.

The European Parliament urges Serbia to reconsider its relations with Russia. Serbia should demonstrate its commitment to EU policies and standards and should reconsider its relationship with Russia on the economy, defense and Kremlin disinformation, according to a report to be voted on by the committee earlier this week Parliament’s foreign policy (AFET). Read more.

In Brussels, the Bosnian leaders are committed to Europe, democracy and stability. Leaders of political parties in Bosnia and Herzegovina (BiH) and members of the presidency met in Brussels on Sunday 12 June to adopt an agreement pledging to preserve a peaceful, stable and independent state and to adhere to the values ​​of the EU. Read more.

Albania’s march towards gasification continues with two new gas fields. The government has announced the approval of two new solar panel farms and an agreement on two gas fields as part of a continued bid to diversify the country’s energy sector. Read more.