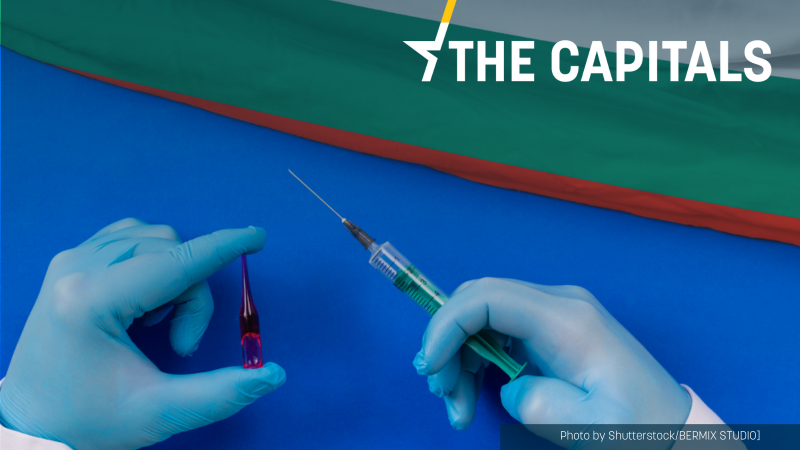 The Capitals brings you the latest news from across Europe, through on-the-ground reporting by EURACTIV’s media network. You can subscribe to the newsletter here.

The European news you deserve to read. welcome to The capitals by EURACTIV.

In today’s news from the Capitals:

In close coordination with the governments of Eastern and South-Eastern Europe, the European Commission is currently preparing massive awareness campaigns on the need to be vaccinated, EURACTIV.com has learned.

In addition, more drugs to fight COVID-19 are expected to be approved this week amid new tensions over a decision that even vaccinated journalists will need a negative PCR test to participate in the EU Council more late this week. EURACTIV has all the details. Read more.

Logar calls the resolution on Slovenia a â€œpolitical documentâ€. The resolution on the rule of law in Slovenia that the European Parliament will vote on later this week is a political document that does not require special attention, Foreign Minister AnÅ¾e Logar said in Brussels on Monday. He said the November MPs’ debate on this topic had shown little interest in the document. Read more.

More flexible fiscal rules ‘not urgent‘ The Mayor tells Lindner. During the third recent German visit to Paris, the subjects of discussion focused on the progress of the France-Germany tandem and the differences of views on nuclear, gas and coal. The tax rules, however, were not deemed urgent. Read more.

UK steps up booster vaccination as Omicron becomes dominant. Britain confirmed what is believed to be the first confirmed death after infection with the Omicron variant on Monday, as the country launched an ambitious Covid recall program to prevent the virus from spiraling out of control. Read more.

Residents of La Palma are stranded as poisonous gases sweep through the west of the island. Authorities on the Spanish island of La Palma on Monday confined residents living in towns adjacent to the Cumbre Vieja volcano due to poor air quality. Read more.

Portugal receives 273 musicians, Afghan artists. Portugal opened its doors to 273 Afghan citizens, most of whom are artists and musicians, following a joint operation with the National Institute of Music of Afghanistan. Read more.

The new Czech prime minister shows strength in the first clash with the president. Czech President MiloÅ¡ Zeman is due to appoint the new Czech government on Friday. For Prime Minister-designate Petr Fiala (ODS, ECR), this is a significant victory. The Czech president was previously reluctant to appoint Jan LipavskÃ½ (Pirates, Greens) as foreign minister because of their divergent views on cooperation between Israel and Visegrad. Read more.

NEWS FROM THE BALKANS

Bulgaria has a pro-European leader and government after months of political crisis. Parliament finally elected a government headed by pro-European reformist Prime Minister Kiril Petkov on Monday. The country will be ruled by a complex multi-party majority involving two coalitions – the pro-European “Change Continues” and “Democratic Bulgaria”, supported by the Bulgarian Socialist Party and “There is such a people” led by Slavi Trifonov. Read more.

The EU will open Group Four in talks with Serbia at a conference. Group four of Serbia’s EU membership talks is expected to be formally open to a Intergovernmental conference Tuesday in Brussels. Read more.

Germany’s new foreign minister calls for sanctions against Dodik. The new German Foreign Minister and co-leader of the Green Party Annalena Baerbock called for the application of sanctions to the leader of the Republika Srpska Milorad Dodik after she attended her first EU Foreign Affairs Council on Monday. Read more.

The draft conclusions provide for the start of accession negotiations for North Macedonia. “The Council looks forward to holding the first intergovernmental conferences with the Republic of North Macedonia and Albania as soon as possible this year after the approval of the negotiating framework by the Council,” says the draft Council conclusions of the Council. ‘EU disclosed by the MIA news agency. Read more.

Bern Convention Committee calls for protection of Vjosa River. The Standing Committee of Berne Convention called on the Albanian government to declare the Vjosa river and its surroundings a national park and to reassess the situation of the Vlora international airport. Read more.