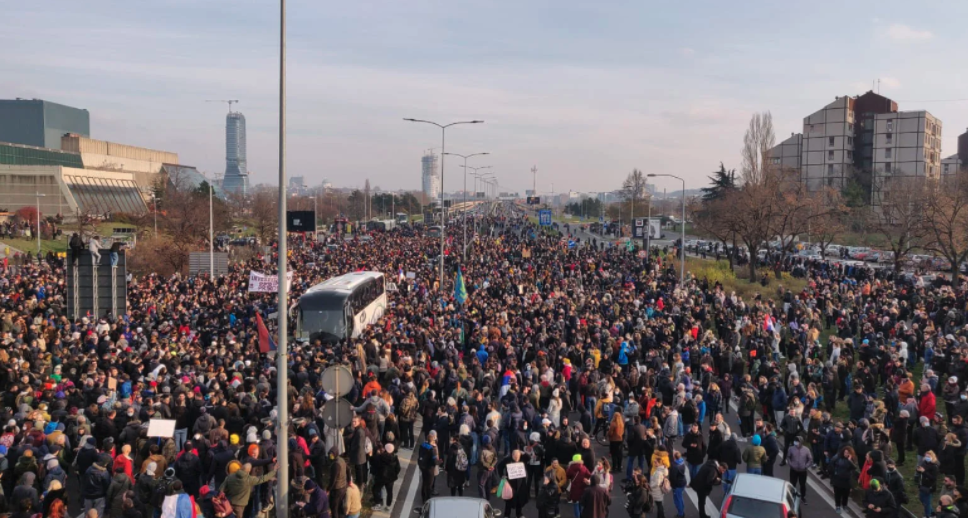 The decision is expected to be adopted by EU ambassadors on Wednesday and officially announced on December 14 following an EU ministerial meeting.

News of the move came amid environmental protests across Serbia.

Tens of thousands of Serbs rallying to the opposition have been protesting for more than two weeks against the government’s plan to build a huge lithium mine in the country which environmentalists say will destroy the environment.

They also accuse the majority of President Aleksandar Vucic of passing a law that allows the expropriation of private property in less than a week when the government deems it to be in the national interest. Critics say it will benefit private companies like the many Chinese-owned facilities that pollute the country’s environment.

Serbia is one of the most polluted countries in Europe for which environmentalists accuse government corruption and lax regulations in order to attract foreign investment.

Protesters are also calling on Vucic to repeal a recent law lowering the threshold for referendums, which should be used to legitimize the construction of the lithium mine.

The government maintains that Serbia needs these laws to secure infrastructure projects and development.

After signing the referendum law, Vucic called on the protesters to discuss with him: â€œWhat is important is that we discuss and try to solve the problems. “