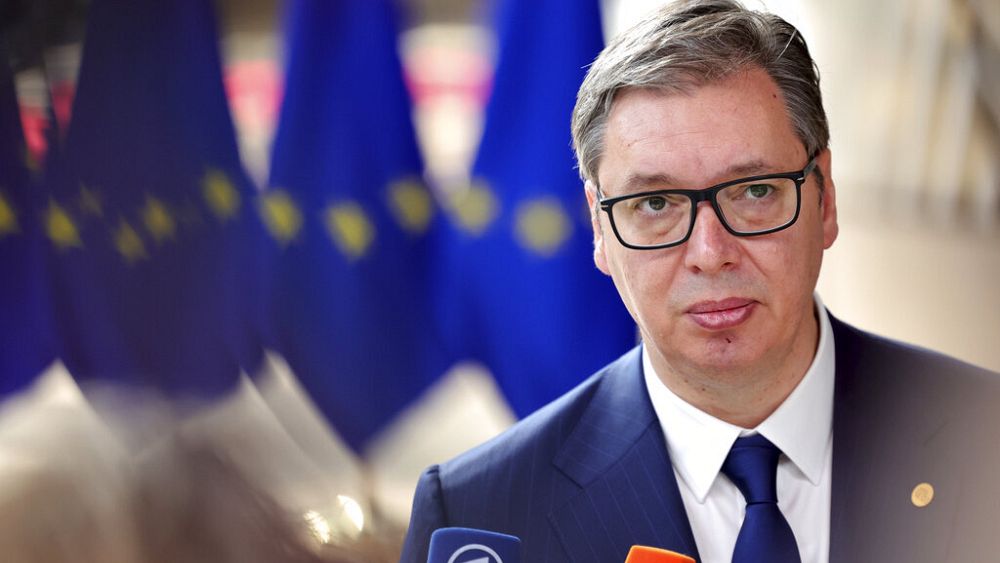 European Parliament calls on Serbia to change its stance on Russia

The European Parliament wants Serbia to reconsider its position vis-à-vis Russia. Since the start of the Russian invasion of Ukraine, Serbia has maintained close ties with Vladimir Putin’s country despite the EU’s position.

On Wednesday, MEPs approved an annual assessment report regretting that Belgrade failed to comply with EU sanctions following Russia’s invasion of Ukraine. The text was adopted by 523 votes for, 78 against and 34 abstentions.

But MEPs are calling on the newly elected government, resulting from the April 3 elections, to “urgently align” with the EU’s decisions against Russia.

“I think there is a real urgency here, especially in the case of Serbia, to make important domestic choices on this pitch.

Because it is a country that has always looked in different directions when it comes to foreign policy. But I think now is the time to decide where he stands. And I hope that Serbia will take a clear decision in the direction of Europe,” said the MEP in charge of the report, Vladimir Bilcik, of the EPP.

Since 2014. Serbia is in negotiations with the EU to join the bloc. But its close relationship with Russia could add a new obstacle to dialogue.

The differences extended to several issues. The report also deplores the lack of progress and even the setback in the rule of law, freedom of the media and the fight against corruption. But let us remain hopeful because the newly elected Serbian parliament is more pluralistic.

And according to the MEPs involved in the process, the time has come to implement the reforms in order to advance accession.

The agreements “are called into question”

Serbia’s relationship with its neighboring country of Kosovo is also one of the main issues in the negotiations. Kosovo, which belonged to Serbia until its declaration of independence in 2008, is a potential candidate for EU membership.

But Serbia, as well as five other EU countries, do not recognize Kosovo’s independence. The European Parliament urges Serbia to work on normalizing relations with Kosovo.

And MEPs also have a message for Pristina

“With regard to the relationship with Serbia, we included the need to improve relations not only at the political level, but in addition we paid special attention to the level of citizens: supporting people-to-people contacts, multilingualism and socio-economic integration of Kosovo Serbs,” said Viola von Cramon-Taubadel of the Greens.

“The text of the report stresses the need to normalize relations with Serbia on the basis of mutual recognition as a priority and precondition for the accession of the two countries to the EU. The Belgrade-Pristina dialogue has not was high on the agenda.

Agreements that have been reached in the past are being called into question, which shows a serious lack of commitment and which has been criticized by many MPs.”

The European Parliament has voted in favor of granting Kosovar citizens the right to enter the Schengen area without the need for a visa.

Kosovo has seen an increase in political stability and greater commitment to its European path in recent years, which is why MEPs have called on the Council to “urgently” adopt a visa-free regime.

For von Cramon-Taubadel, the Member States are solely responsible for the issue.

“Visa liberalization is still blocked at European Council level, not here in Parliament, not in the Commission.”

The Netherlands and France are blocking a decision that was expected at the last EU-Balkans summit at the end of June in Brussels.

“We really did our best to unblock the situation,” said the MEP.