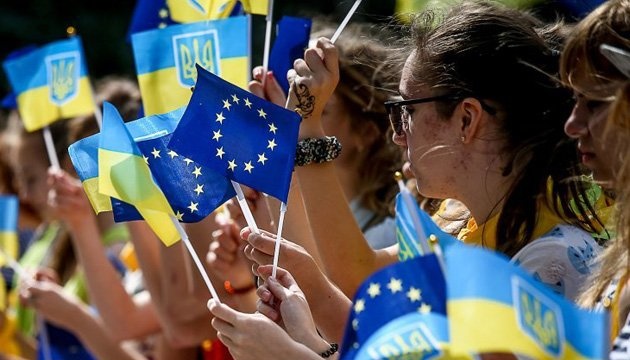 This is evidenced by the results of the survey conducted by the sociological group “Rating” on behalf of the Information Center on Survey Research of the International Republican Institute, reports Ukrinform.

In addition, 51% of Ukrainians support Ukraine’s membership in NATO. Last year that figure was 49%.

The highest approval of Ukraine’s EU and NATO membership is seen in the regions of Rivne, Volyn, Lviv, Ternopil, Ivano-Frankivsk, Vinnytsia and Kiev. At the same time, the least support is recorded in the regions of Kharkiv, Odessa and in the city of Severodonetsk.

The investigation was carried out in 24 regional centers in Ukraine that are not under the control of Russian or pro-Russian forces, including the cities of Mariupol and Severodonetsk. The survey is based on a sample of 19,196 respondents. The margin of error for each city does not exceed ± 3.5 points. The average response rate is 65%.