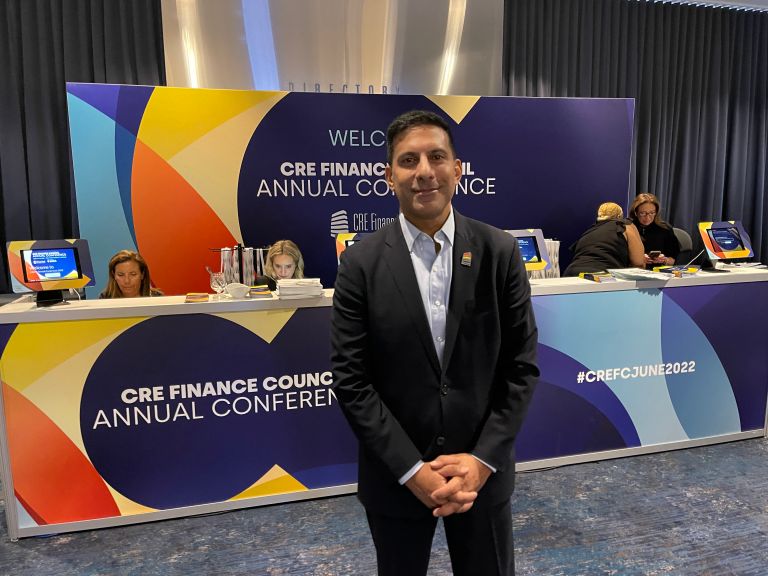 Having attended CREFC conferences for the past 15 years, Sam Chandan is a huge fan of the organization. As the new director of NYU Stern’s Center for Real Estate, he also encourages all of his students to become members of the professional association.

Chandan chatted with Commercial Observer at our booth at the New York Marriott Marquis. He shared his perspective on recession issues, the multifamily industry, and why New York City will always retain its crown as the premier financial and real estate market.

What is your story with CREFC?

I have worked with CREFC for the past few years. In my previous role at Schack [Institute of Real Estate], we have partnered with CREFC to create a new research institute. CREFC made a substantial donation to NYU to support it. My relationship with CREFC has changed since I joined Stern, but I’ve worked with them on a whole range of different projects, and been an active member. It’s just an amazing organization. One of the things that I really appreciate is that CREFC has gone out of its way to really expand its inclusion programming. June being Pride Month, CREFC organizes a number of different Pride events. As an organization, the work they do to balance the visibility of women, people of color, and people who identify as LGBTQ in the industry really sets the standard for what we could do as industry. And I know that myself and all of my students are truly grateful for all their efforts.

What do you think of the current economic environment?

We have significant downward adjustments. We are in a bear market today. On the first day of the conference, we saw a fairly significant decline in equity indices, which partly reflects the tightening of monetary policy in an effort to raise the cost of capital, slow the pace of investment, and change some of these inflationary pressures. Part of what I think we see as a concern is the emergence of a conflict between monetary policy and fiscal policy. So we see elected officials, especially Democrats in the White House, pushing very hard to ensure that we continue to move forward on meaningful job creation and investment programs.

Unfortunately, in the short to medium term, these programs have the potential to be significantly inflationary. As we approach a midterm election season, there is a strong desire to see visible and meaningful job growth and expansion in the economy, but this runs counter to what that we see monetary policymakers trying to do – the incentive to try to offset some of what we see happening with fiscal policy. Historically, this conflict between monetary and fiscal policy has not been conducive to a soft landing for the broader economy. So I think that’s why we’re now seeing concerns about the potential for a recession. It’s a self-fulfilling prophecy, if enough people believe a recession is imminent, or a recession is likely in the third or fourth quarter, they adjust their investment in their hiring behaviors, in a way which itself causes this contraction. So people’s expectations of how the economy might behave over the next six to nine months lead to behavioral adjustments.

How will this impact the CRE market?

Nothing that we really see the markets reacting to right now. There are certainly variations depending on the type of property. The multi-family sector continued to show incredible resilience. There is a growing but still very manageable supply pipeline, there is no oversight risk, there is no serious risk of oversupply in the market at this time. The risk is that in major urban cores across the country, with continued deterioration and affordability of housing for the workforce, rents will continue to rise much faster than wages. And that causes a lot of people to have to adjust their spending activities. As we enter local elections, in some jurisdictions and in many city courts across the country, we are going to see greater pressure for rent control and rent stabilization interventions to slow the pace of rental increases. rent. This could become a bigger political issue in the midterm elections. And that’s something that I think as an industry we need to continue to watch closely.

What is your vision of New York as a market?

I wouldn’t forget New York or the Northeast markets. Our [New York] The challenge as a market over the next decade will be public and private sector leadership, focusing investment in ways that truly strengthen New York City’s core strengths. There is no city in the world that offers the agglomeration economies or colocation benefits that New York does. But these are things we must continue to invest in and build on to ensure that New York remains, as it should, the world’s leading financial and real estate market.

Emily Fu can be reached at [email protected].