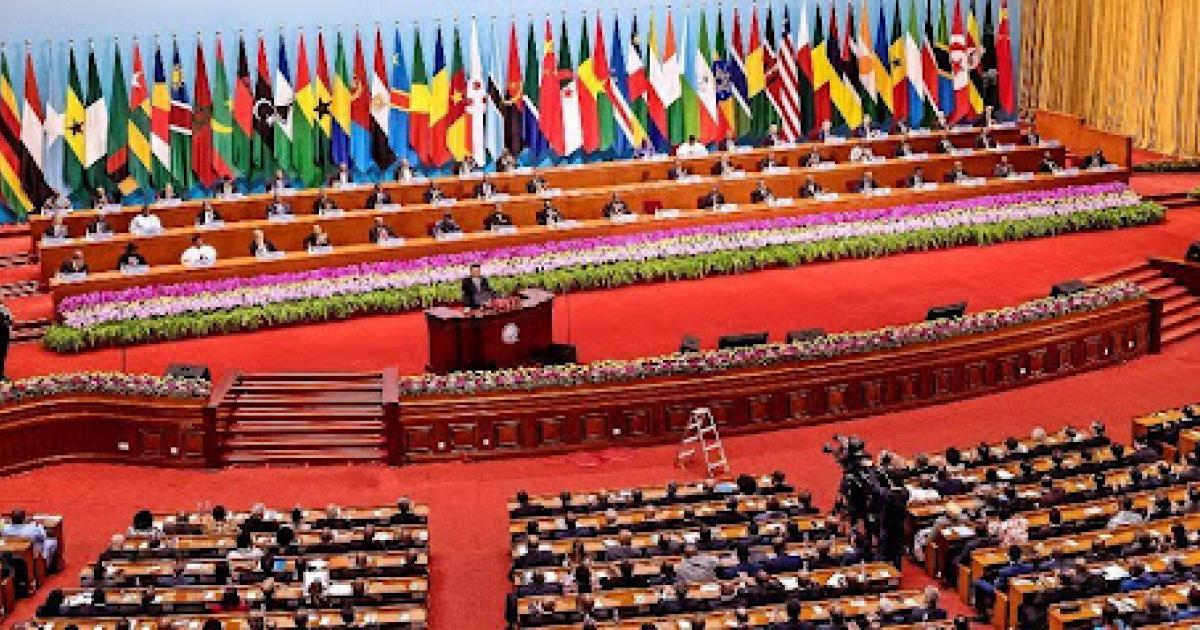 Just a day before this year’s Africa-China Cooperation Forum (FOCAC), which is the eighth edition of the ministerial conference, Chinese Foreign Minister Wang Yi predicted that the summit would mark a new milestone. Wang made this statement when he met his Senegalese counterpart, Foreign Minister Aissata Tall Sall, in Dakar on Sunday.

The conference began on November 29 and ended on November 30. Most of the meeting was held virtually due to the lingering threat of Covid-19, but the outcome now marks a “new milestone,” as Mr. Wang predicted.

Key issues were highlighted: health, poverty reduction and agriculture, trade and investment, digital innovation and green development, among others. What seems inevitable is that Beijing is poised to further strengthen its ties with African nations.

“The Forum on China-Africa Cooperation (FOCAC) is a crucial platform for collective dialogue between China and Africa and an effective mechanism for practical cooperation,” Wang said, adding that “thanks to the joint efforts on both sides, the forum has become the flagship of development and international cooperation, and a fine example of South-South cooperation.

President Xi Xinping, who addressed the conference via video link, recounted how his country and Africa have worked successfully over the past 65 years to strengthen cooperation, maintain diplomatic relations and forge “brotherhood. steadfast in our struggle against imperialism and colonialism, and embarked on a distinct path of cooperation in our journey towards development and revitalization.

“At the 2018 Beijing FOCAC summit, I proposed that we build an even stronger China-Africa community with a common future. The proposal was unanimously approved by African leaders, ”said the Chinese president, referring to the progress of the last FOCAC conference held in Beijing.

“Over the past three years and more, China and Africa have worked together to fully implement the eight major initiatives and other outcomes of the Beijing Summit, and have completed a large number of priority cooperation projects.

What are the projects?

With this year’s FOCAC eclipsed by the pandemic, sparking a global urge to respond adequately to curb the spread of Covid-19, China has again pledged to deliver an additional 1 billion doses of COVID-19 vaccines to African countries to help achieve the African Union’s goal of immunizing 60 percent of Africa’s population by 2022. At the same time, China agreed to “undertake 10 medical and health projects for African countries and to send 1,500 medical personnel and public health experts to Africa ”to fight against the spread of the disease. COVID-19[FEMALE[FEMININE

In an effort to help Africa reduce poverty, China also pledged to implement 10 agricultural cluster projects to improve existing poverty reduction strategies. This will see 500 Chinese agricultural experts working across the continent. In addition, China will support the Alliance of Chinese Businesses in Africa to secure corporate social responsibility fund support initiatives that will create “100 businesses in 1,000 villages” across the continent.

In order to promote trade and investment, Beijing has agreed to expand the range of products benefiting from zero tariff treatment for least developed African countries that maintain diplomatic relations with China. The move aims to secure a total of US $ 300 billion of imports from Africa to China over the next three years, while trade finance of US $ 10 billion will be provided to increase African exports to the country. second largest economy in the world.

On the other hand, China will encourage its companies to invest no less than US $ 10 billion in Africa over the next three years while “Beijing will undertake 10 industrialization and employment promotion projects across Africa. and provide $ 10 billion in credit facilities to African financial institutions. , support as a priority the development of small and medium-sized African enterprises and establish a cross-border center of the Sino-African RMB ”.

China, which is a global leader in technology and digitization, is also keen to share its knowledge with African countries, which is clearly lagging behind.

The Dakar results reflect the close ties between China and Africa. As always, Beijing announced its “non-interference” diplomacy – stressing that it does not interfere with the domestic politics of African countries. And with China’s growing influence on the continent, African countries continue to explore relationships with the world’s second-largest economy.

Senegalese President Macky Sall, who is hosting this year’s summit, described Africa’s relations with China ahead of the conference as “fully reflecting solidarity, mutual assistance and brotherhood.”

“China’s great success has served as a benchmark and brought hope to African countries with similar historical experiences. China defends a fair and inclusive world governance, which fully serves the common interests of developing countries, including Africa, ”said the Senegalese president during a meeting with Mr. Wang. “Senegal expects China to continue to play a leading role on the international stage and to help Africa develop and rejuvenate.

Sall also praised the FOCAC framework, calling it “fruitful cooperation” based on “mutual respect” for all countries. His claim is supported by the fact that in the first 10 months of 2021, trade between China and Africa reached $ 200 billion despite the Covid-19 pandemic, making China the world’s largest trading partner. of Africa for 13 consecutive years.

The ties between Liberia and China have brought tremendous benefits to the West African nation with the FOCAC framework providing both tangible and intangible projects for Liberians. From the construction of the ministerial complex, the Fendell campus of the University of Liberia, the Jackson F. Doe Hospital in Nimba County to the new Capitol Annexes in Monrovia, Chinese infrastructure support in Liberia can be seen almost everywhere.

The ongoing construction of two viaducts along Tubman Boulevard is also expected to be flagship projects demonstrating the impact of FOCAC, which also ushered in the signing of a new phase of the economic and technical cooperation agreement between Liberia and China in February 2021. This means, China will provide US $ 23 million in aid to Liberia – this is a 50% increase from the previous phase.

As of yet, it is not yet clear what is in FOCAC’s new Liberia package, but the size of the envelope is quite massive and would provide some benefits to the West African nation as its government seeks to implement its development program.

Alpha Daffae Senkpeni is a Liberian journalist and former editor-in-chief of FrontPage Africa. He is a 2017 alumnus of the China Africa Press Center Fellow (CAPC) at Renmin University of China. He is a media expert on Sino-African issues. Senkpeni currently heads a network of journalists’ organizations, Local Voices Liberia. He is a third year law student at the Louis Arthur Grimes School of Law, University of Liberia. He can be reached at [email protected]