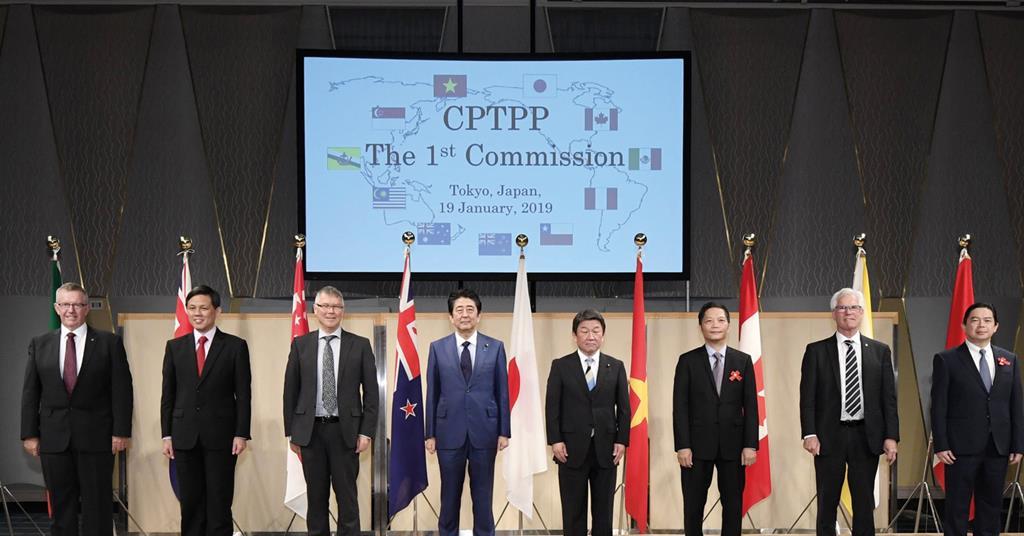 Last week was International Trade Week, created as part of the government’s efforts to convert UK businesses from a Eurocentric mindset to a global mindset. Trade Policy Minister Penny Mordaunt set the tone by announcing her enthusiasm to negotiate a comprehensive free trade agreement with the United States. An agreement would set global standards and increase bilateral trade to as much as Â£ 15.3 billion, she said.

Acknowledging that “we know that the United States has more to do to be ready for an FTA”, she said “when they are, we will wait for them”.

However, another development last week suggests that may be bullish. A lengthy report by a Lords committee on another hoped-for trade deal lists some legal hurdles that need to be overcome along the way to Global Britain. These include conflicts in intellectual property and data protection law, and the need to go beyond the European â€œprecautionary principleâ€ when approving innovations.

New frameworks will also be needed to encourage mutual recognition of professional qualifications – an issue unlikely to be spelled out in the black letter of major free trade agreements.

The Lords International Agreements Committee was reviewing the negotiating positions set by the British government for joining the Comprehensive and Progressive Agreement for the Trans-Pacific Partnership (CPTPP), 11-country successor to the Trans-Pacific Partnership, which was killed by President Trump in 2017. The geography and political-legal culture of the members range from Australia and Canada to Mexico, Japan and Vietnam, representing 13% of global GDP. This figure would rise to 16% when the United Kingdom joins, equivalent to the EU but growing faster. Hence the UK’s interest in signing, a prospect reinforced by last month’s agreement of a trade deal with New Zealand.

However, in its investigation, the committee, chaired by Lord Goldsmith (partner of Debevoise & Plimpton and former Attorney General Peter Goldsmith QC) identifies several conflicts between the US-oriented provisions of the CPTPP and current UK law.

In intellectual property law, for example, the committee points out that the Pacific Accord is “in part built on a US approach to regulation … Membership of the CPTPP can lead to conflicts with the UK’s current regulatory regime. Uni, which will have to be dealt with in the framework of the accession negotiations. ‘.

For example, the European Patent Convention, to which the United Kingdom belongs, stipulates that an invention cannot be recognized as new if it has been made public: the CPTPP grants a grace period of 12 months in certain circumstances. The commission cites warnings from witnesses that the UK could suffer “direct economic damage” if it were to leave the EU regime, including a “dramatic” shrinkage of the UK patent profession.

The report urges the government to explain how it will reconcile its obligations under the European Convention and the provisions of the CPTPP.

Likewise on data protection, the report says that a clause in the CPTPP could conflict with the UK’s ‘data adequacy’ status with the EU, already potentially threatened by the government’s decision to develop a new data protection regime. Again, he calls for more information.

Another obvious conflict is between the European â€œprecautionary approachâ€ to innovations such as genetic modification and the â€œscience-basedâ€ approach of the CPTPP. The committee asks the government “to explain how it will seek to manage these divergent regulatory approaches”.

Elsewhere, the committee finds that while the CPTPP contains useful provisions for professional services, it cites the Bar as having found that the goals of legal professionals “are unlikely to be achieved” directly by the agreement. The CPTPP simply states that each party “will encourage its relevant bodies to establish dialogues” on the subject. This “could give the UK a place at the table to improve liberalization of trade in legal services,” the company told the commission’s inquiry.

A parliamentary measure aimed at guaranteeing the freedom of regulators to establish standards for the recognition of foreign qualifications, the draft law on professional qualifications, is due to be submitted to the Commons shortly.

However, an overall note of caution from the committee is that the UK is asking to accede to an existing agreement and therefore â€œthe extent to which it should be accepted ‘as is’ or can be amended is uncertainâ€. But in his speech last week, Mordaunt did not foresee any conflict. After all, she said, “free markets and democracy go hand in hand.”