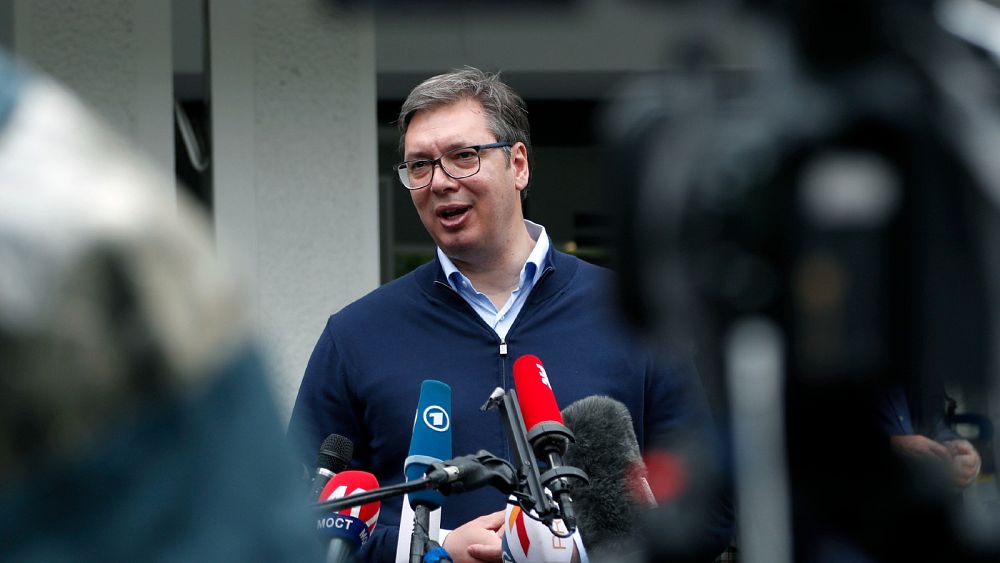 For the first time, a majority of Serbs are against EU membership – poll

For the first time in two decades, the number of Serbs who oppose joining the European Union is higher than those who want to join, according to a new poll.

The poll, which was conducted by Ipsos and first published in the newspaper Blicrevealed that 44% of participants are against membership while 35% are in favour.

Ipsos’ Marko Uljarevic told Blic it was the first time that the number of those opposed to EU membership exceeded those in favor.

Serbian President Aleksandar Vučić said the findings were similar to the mood of the ruling Serbian Progressive Party.

“I believe that Serbia has its place in the European Union, I believe that we must continue our European path and that we must fight for our dignified path to Europe,” he added. “We must keep our independence in decision-making, at least until we become a member of the EU.

Serbia applied for EU membership in 2009. Accession talks began in 2014, but ongoing tensions between Serbia and Kosovo have delayed the process.

Although it seeks to join the bloc, Belgrade is also looking to Moscow.

He voted in favor of three United Nations resolutions condemning Russian aggression against Ukraine but did not adhere to international sanctions against Moscow.

“My opinion is that this research, like this account, has been placed to investigate the effects of the Serbian government’s potential decision to impose sanctions on Russia and to accept all restrictive measures imposed by the EU on Russia,” he said. mentioned.

It comes as Serbian Interior Minister Aleksandar Vulin said the country should reconsider its proclaimed goal of joining the European Union due to alleged Western pressure for it to join sanctions. against Russia over the war in Ukraine.

“They measure our love for Europe by our hatred for Russia”, Vulin told public broadcaster RTS. “If you love Europe, you must hate Russia.