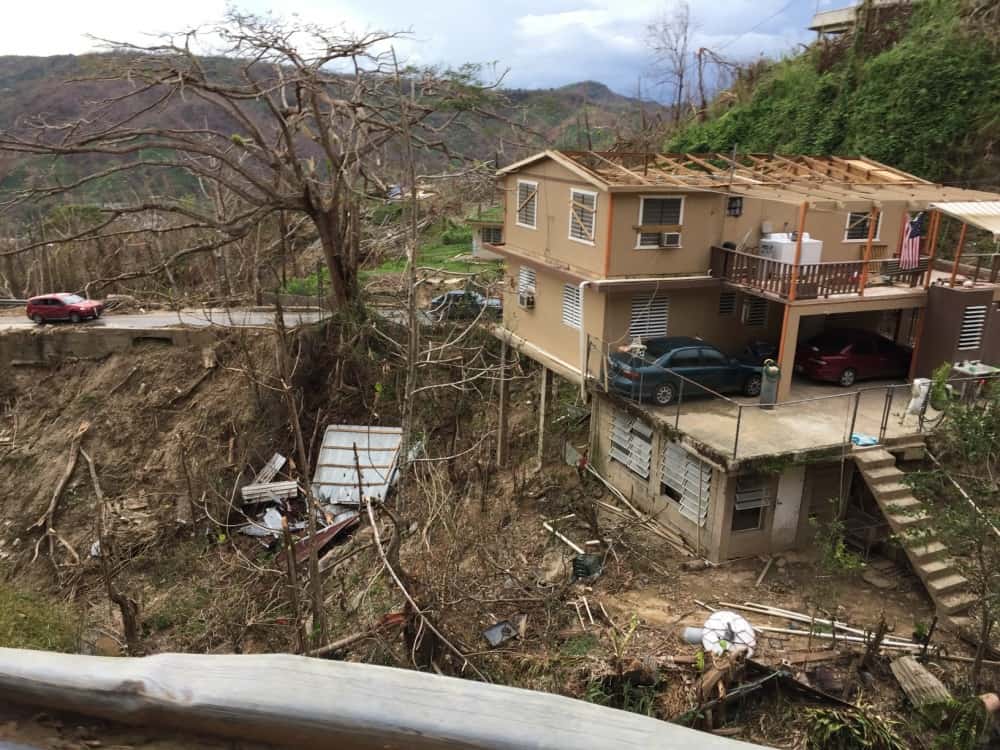 The reconstruction of Puerto Rico after Hurricane María encompasses a revitalization of the infrastructure, health and education sectors as well as other areas that present and improve the long-term quality of life for all of its citizens. To this end, the Federal Emergency Management Agency (FEMA) has allocated more than $ 25 billion correspond to 8,460 projects, which stimulates the growth of the construction industry on the island and helps revive the local economy.

Almost 2,000 projects have been completed or are under construction with assistance from FEMA funds. These projects, which include roads, utility buildings and recreational facilities, represent an injection of more than $ 44 million. These recovery advancements are the result of efforts between the federal government and the Central Office of Recovery, Reconstruction and Resilience (COR3) to help address areas affected by the largest storm in modern U.S. history. . Each project helps restore activities in communities and offers a fresh start for structures that were left unusable after the hurricane.

“The pace of recovery accelerates when working in unison with municipalities, state government and COR3. All the elements that are part of this historic moment for the Island play an essential role in making this recovery a success. Last year we allocated funds to a record number of projects and we hope the recovery will continue to move in that direction. said Federal Disaster Recovery Coordinator José G. Baquero.

The economic injection on the island after Hurricane María is without comparison. This is how Alba Brugueras-Fabre, president of the Association of Economists of Puerto Rico, describes it, who mentioned that no other federal disaster-related aid for the island matches the size of the investment by multi-million dollar FEMA in the island. Brugueras-Fabre added that “there is an impact that goes beyond the present, because as these projects are completed we will see more changes in our country”.

She stressed that the effect of the funds will be multisectoral, including the banking, housing market and construction sectors.

The president of the Puerto Rico chapter of the Associated General Contractors of America, Umberto J. Donato Solís, agrees. The architect explained that the multiplier effect of the stimulus funds opens the door to the development of the local economy which transcends the construction sector. Donato Solís mentioned that the sector is ready for the increased work to be done and that the real opportunity for reconstruction lies in the sustainable growth of Puerto Rico thanks to the capital resources resulting from the recovery.

At the municipal level, the total funds allocated represent access to 1.9 billion dollars for permanent works in order to have structures strengthened and more resilient in the face of future disasters.

According to the Federal Recovery Coordinator, one of the areas where reconstruction activity is most visible are parks, community centers and community recreation areas in neighborhoods across the country. “These facilities are part of the way of life of the inhabitants and are the cornerstone of the neighborhoods. That was the sentiment at Juan F. “Cheo” López Baseball Park in Camuy, where the city’s AA baseball fans recently gathered for the first night game in four years thanks to FEMA funding. Likewise, today, more than 1,000 families in Hormigueros and Aibonito can now benefit from repaired basketball courts with an allocation of more than $ 2.2 million. This translates into the expansion of activities offered for the well-being of the community, ”Baquero said of repairs to parks and recreational facilities reaching $ 816 million.

For his part, the Executive Director of COR3, Ing. Manuel A. Laboy Rivera, recognized the need to renew the local infrastructure and the historic opportunity that this represents for the socio-economic development of our people.

“Without a doubt, the reconstruction has started and to ensure its continuation, we are implementing various initiatives such as the $ 750 million State Cost-Sharing Fund, we have simplified the process of disbursing funds and we are working alongside FEMA to address the doubts of sub-recipients and facilitate infrastructure renovation. process, ”said Laboy Rivera.

On the other hand, climate adaptation is an initiative that encourages communities to prepare for the impact of global warming, such as sea level rise and the development of more extreme storms.

About 84 percent of reconstruction projects under FEMA’s public assistance program have funds that aim to strengthen structures beyond what they were before the disaster and address some of the key associated risks. to climate change.

One of the most effective ways to deal with climatic variations is by using materials that resemble nature. They help filter and channel rain to prevent flooding, among other benefits. The sowing of grass to protect the slope in different streets of the district of Playa Añasco, for example, is a way to combat the problem of soil erosion. To this end, an allocation of approximately $ 2.4 million from FEMA supports Island road safety. In addition, some $ 93.2 million through the Hazard Mitigation Grant Program (HMGP) is intended to strengthen structures that were not damaged by the hurricane. Faced with the threat of the effects of climate change, these funds add long-term value and resilience. To date, projects approved by HMGP have an estimated cost of $ 1.3 billion.

According to the meteorologist and climate change specialist in Puerto Rico, Ada Monzón, extreme climate variation represents the “biggest problem facing our planet” because it causes an increase in the average temperature of the Earth and the oceans and contributes to an increase in category 4 and 5 hurricanes, among other features.

“The resilience of our island is tied to the ability to cope with extreme events and sea level rise and how we empower our leaders and communities to make the right decisions. If we don’t, it will cost us more money and more lives every time. said Monzón, who added that the island has the tools and the solutions, but education and the will to think about the common good are needed.

The opportunity to rebuild the island takes into account vulnerable populations and sectors that are disproportionately affected during disasters. Those parts of the country where there is a greater concentration of low-income families, people with functional diversity and where unique challenges face are part of long-term planning. The Agency works with municipalities to identify barriers and integrate viable solutions that address accessibility issues in their tourism resources.

FEMA’s Disability Integration (ID) team worked with various municipalities on the first federal and state project to remove barriers to accessing tourism-related facilities to be repaired with federal funds. Concrete measures include the acquisition of Braille signs at the Punta Tuna lighthouse in Maunabo so that blind people can enjoy a more inclusive tourist experience.

Working with the government of Puerto Rico, FEMA and its local staff of more than 790 Puerto Rican residents are working to continue to allocate funds and drive the recovery forward.

For more information on Puerto Rico’s recovery from Hurricane María, visit fema.gov/disaster/4339 and recuperacion.pr. Follow us on social media at Facebook.com/FEMAPuertoRico, Facebook.com/COR3pr and Twitter @ COR3pr.