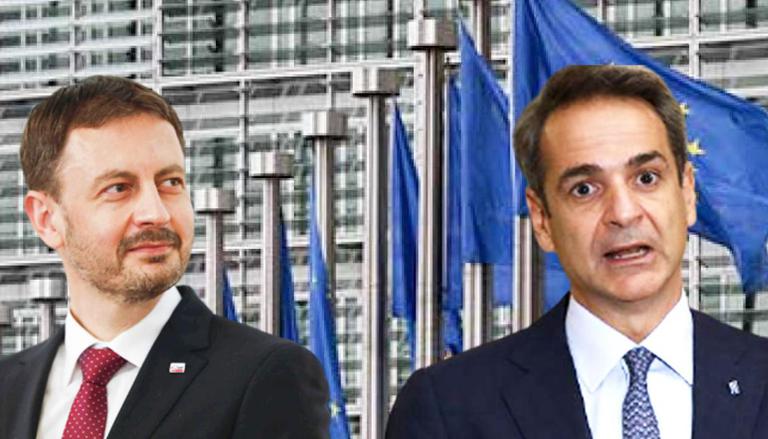 Greek Prime Minister Kyriakos Mitsotakis urged the European Union (EU) to speed up the process of accession of the Balkan countries. His request was echoed by his Slovak counterpart Eduard Heger, on a visit to the Greek Prime Minister. On Thursday, the prime ministers of the two countries issued a joint statement urging the EU to speed up the process so that its “future lies only in Europe”.

Explaining his position on the EU overhaul of the Balkan regions, Prime Minister Mitsotakis added that his idea was supported by Slovak Prime Minister Heger. “We agree that their accession process … must be speeded up in order to prevent the Western Balkans from becoming a hotbed of new problems,” Xinhua news agency reported citing Greek national broadcaster ERT. “The Balkan Peninsula is European, so its future depends only on Europe”, added the Prime Minister. Prime Minister Heger also spoke with the virtual EU conference. He took to Twitter to recap their discussions on the virtual conference. “After landing in Athens and before my official schedule, I attended a video conference with EU leaders on the upcoming EU – Western Balkans summit. The way we treat our #nighbourhood is the starting point of our discussion on the global role of the EU, “wrote Prime Minister Heger. .

The meeting was scheduled just before the next EU-Western Balkans summit to be held in Slovenia next week. Speaking on the agenda of the EU-Western Balkan summit, Prime Minister Mitsotakis said the forum will explore ways to consolidate political and security issues and the upheaval of the socio-political recovery of the region in light of the pandemic In progress.

“Security at large, which influences the Eastern Mediterranean Sea, is a prerequisite for economic growth after the pandemic,” Mitsotakis said at the press conference. “We will all benefit if you face the challenges together”, he said, referring to the Slovenian position in this matter.

Meanwhile, Slovenia has also extended its support to Greece by offering to reforest areas of Attica, which were recently turned into mulch due to scorching forest fires during the summer. “We have sent a large team of firefighters to help, but our #cooperation does not end there. We propose to rebuild and reforest. #Climate change affects us all. We must join forces,” he said. written on Twitter.

Prime Minister Mitsotakis and Heger also discussed the COVID-19 situation in their respective countries. They also briefly mentioned the migration and humanitarian crisis in Afghanistan. Finally, they discussed the global climate crisis, which has remained the hot topic of the United Nations General Assembly (UNGA) which has just ended.