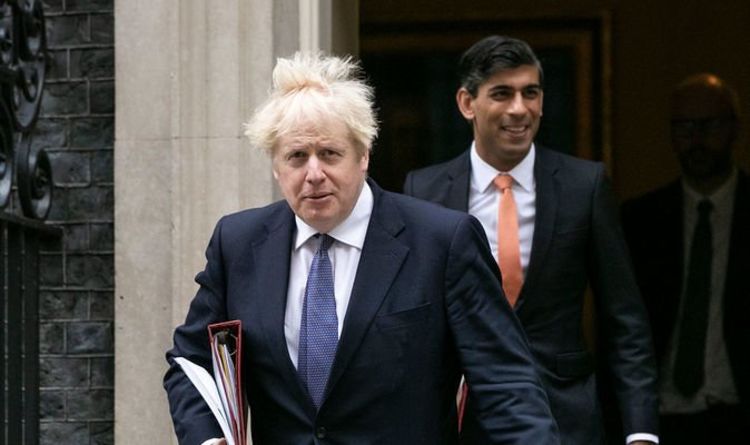 The Conservative Party pledged not to raise taxes in its 2019 manifesto, but public spending throughout the pandemic may have caused an overhaul.

He said, “It would be too toxic. They have the triple tax lock as part of the 2019 manifesto, all the rumors coming from the Treasury suggest they want to stick to it as much as possible.

“In terms of disguise if they had to do either, they would probably go after National Insurance instead and seek to label it as something different.

“In order to keep their pledge not to increase income tax or national insurance, you could create a third way to take money out of people’s wages.”

However, Mr Selby believes that an attack on people’s income would not be the best way to raise money.

He added, “Besides popularity, targeting people’s income means they have less money to spend in the economy.

“If you go too hard on people’s income, people can spend less in stores, which means businesses aren’t getting the income they need, and they won’t pay the taxes the treasury has to pay.” for expenses related to the pandemic. “

According to Mr Selby, it would be fairer to increase wealth taxes, such as inheritance tax and capital gains taxes.

But if the Chancellor does not, a “significant” increase in national insurance would be likely.

He added: “The Chancellor said he did not want to go down the path of increasing the wealth tax, I suspect that with something like a wealth tax anyone with money can move assets to avoid the bill.

“If you weren’t going to go this route, you should be talking about significant increases in national insurance or income tax – something that affects everyone.

“The sums at stake are simply too high to be deducted on their own from inheritance tax, capital gains or pensions. “

The Guardian reported three weeks ago that Prime Minister Boris Johnson was considering an increase in national insurance contributions.

But after the backlash from the Conservative Party, he could change course, according to the report.

A cabinet minister said: “The Treasury was trying to push the prime minister in a particular direction, and he put his foot down.”

Business Secretary Kwasi Kwarteng has publicly downplayed the idea of ​​increasing national insurance, telling Sky News last month that it would be inconsistent with the Tory manifesto.

He said: “That’s what the manifesto says, I don’t see how we could increase national insurance.

“But you know, things have been very flexible over the last 18 months: we have been through an unprecedented time, we have spent huge amounts of money that we never thought possible and it depends on the chancellor and of the Treasury, and the government at large, to decide on a budget.