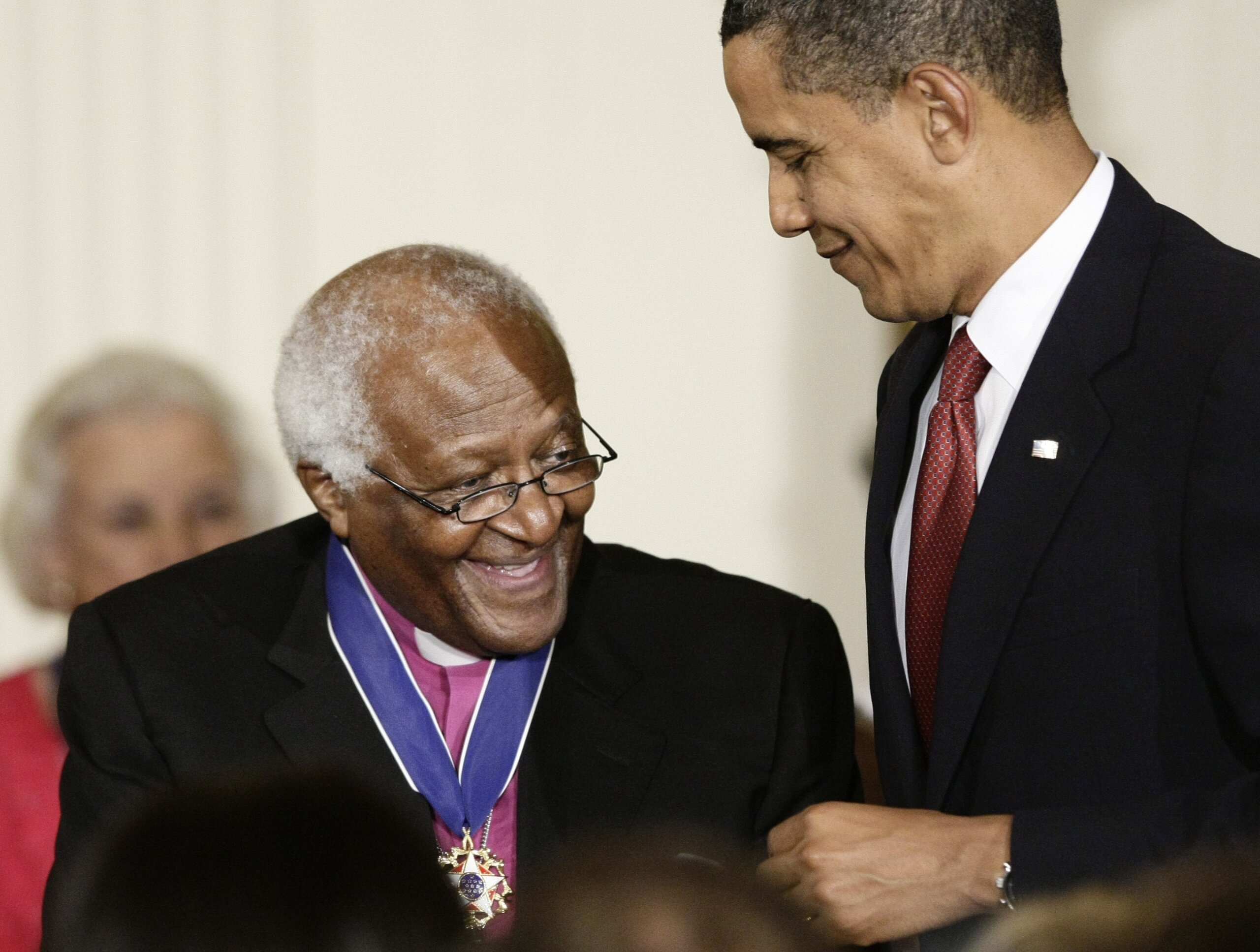 South African Bishop Desmond Tutu salutes during an anti-apartheid speech in 1986 outside the South African embassy in Washington. An uncompromising enemy of apartheid, the brutally oppressive South African regime once again black majority, Tutu worked tirelessly and peacefully against it.

In this 1989 photo, Anglican Archbishop of Cape Town Desmond Tutu (center) jogs along a white-only beach with a crowd of supporters near Cape Town, South Africa, as religious organizations continued their campaign to challenge apartheid laws.

Tutu (left) and Nelson Mandela, then President-elect of South Africa, chat during celebrations in Soweto, South Africa, in this 1994 file photo.

Desmond Tutu speaks at a press conference in Geneva in this 2006 archive photo.

In this 2010 file photo, Desmond Tutu gestures during the World Cup opening concert at Orlando Stadium in Soweto, South Africa.

President Barack Obama presents the Presidential Medal of Freedom to Desmond Tutu in the East Room of the White House in 2009.

Desmond Tutu and his wife Leah attended a church service in Cape Town on October 7 as he celebrated his 90th birthday.

Get the latest news and daily headlines delivered to your inbox by signing up here.

© 2021 OMCP. All rights reserved. This website is not intended for users located in the European Economic Area.