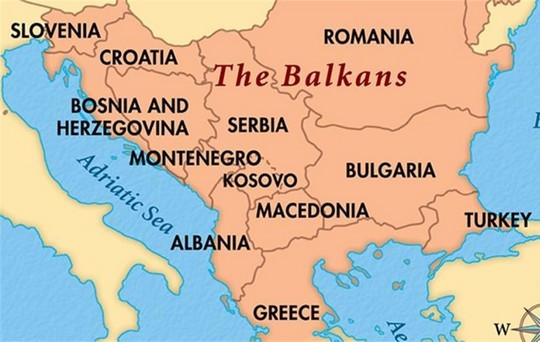 The war in Ukraine has underlined the weight as well as the limits of the EU. Putin decided to invade a neighboring country to prevent it from integrating, slowly but surely, into the institutions and the union market. What is at stake is the EU’s highly controversial power of attraction. Ukrainian refugees seek safety in Member States west of their country’s borders. In response to the invasion, Kyiv has submitted a formal application for membership and expects to hear from the European Council at the June 23-24 Council meetings on whether the country will be granted candidate status. The EU is also flexing its geopolitical muscles: supplying arms to Ukraine and sanctioning Russia to increase the costs of Russian aggression.

At the same time, the EU is underperforming on other fronts. It is struggling to convince countries aspiring to join the union to adhere to its sanctions. Serbia is a good example. Although Belgrade supported UN General Assembly resolutions condemning Putin’s invasion and even introduced several symbolic measures targeting Russia’s ally Belarus and the family of former Ukrainian President Viktor Yanukovych, it refused to halt flights of the national airline, Air Serbia, to and from Moscow. As in 2014, the Serbian government is also reluctant to apply trade and financial sanctions. Reducing imports of Russian natural gas, a goal set by the European Commission, is also not in the cards, as Belgrade recently struck a new supply deal with Moscow. The situation is replicated in Bosnia and Herzegovina, where Serbian leader Milorad Dodik, currently a member of the state’s tripartite presidency, has effectively vetoed any punitive measures against Russia. While Brussels bares its teeth at the Kremlin, EU enlargement is falling apart when it comes to motivating the Western Balkans to follow Brussels’ lead.

But there is also other bad news. Enlargement is supposed to entrench democracy and help entrench the rule of law in the EU. New member governments would implement reforms and be rewarded by the union. But evidence that this is actually happening – or even that it ever was, even at the height of EU influence in the 2000s – is scarce. Hungary and Poland, two member states that joined in 2004, have been models of democratic backsliding: the gradual dismantling of the rule of law, the encroachment on media freedom and the harassment of civil society. In the Western Balkans, it is more appropriate to speak of democratic stagnation. While the situation differs from country to country, international watchdogs keeping tabs on democracy’s record, in general, have seen no major improvements or dramatic declines. The exception, of course, is Serbia, which was downgraded by Freedom House from “free” to “partly free” in 2019. EU membership negotiations, ongoing since 2014, do not appear to have affected the country’s internal trajectory. The April 3, 2022 elections saw President Aleksandar Vu?i? obtain a new five-year presidential term, even if the opposition has made gains in parliament and in the capital Belgrade. However, the dominance of Vu?i? on the political system remains almost total.

So what has prevented the success of EU enlargement? The most obvious explanation for the impasse is the EU’s lack of engagement with the Western Balkans. The region is firmly on the union’s agenda, but has never been a priority. Between the eurozone crisis of the early and mid-2010s, the Ukraine crisis of 2014-2015, the wave of refugees of 2015-2016, the coronavirus pandemic and, more recently, Russian aggression in Ukraine, there There is always another priority that relegates Europe’s so-called inner court further down the union’s to-do list. In addition, there are bilateral disputes involving member states and candidates, disputes that further muddy the waters. The dispute between Bulgaria and North Macedonia over history and national identity is the most recent example, but there have been others in the past (for example, between Slovenia and Croatia and between Greece and North Macedonia). There is no doubt that such disputes will also hijack enlargement policy in the future. Moreover, in the corridors of power in the Balkans, there is a lot of talk about enlargement, but there are few true believers. EU membership is and has always been an elite-driven process in these countries. At the same time, surveys indicate that public support for EU membership varies widely across the region, with Albania and Kosovo generally scoring high and Serbia a low score. However, elsewhere in the Balkans, support for EU membership is strong. The problem is that these pro-EU majorities do not generate enough electoral momentum to propel reformist leaders to power – or at least force the incumbents to implement laws and policies that narrow the gap with the union.

On May 9, known in the EU as Europe Day, French President Emmanuel Macron delivered a speech in which he rehashed the early 1990s proposals for a European political community, that is- that is, a Europe of concentric circles where the six Western Balkan countries are relegated to an outer circle with Georgia, Moldova, Ukraine and possibly the United Kingdom. Although the Balkans could eventually join the EU, in the short to medium term they would remain outside. On the positive side, they could benefit from some of the advantages of integration into the single market and access to the EU budget. On the negative side, they would not enjoy the privileges of membership, including access to decision-making power. Admittedly, Macron’s vision is not universally shared in the EU. However, it is symptomatic of the times in which we live. To this end, in a Europe of concentric circles, the Western Balkan countries run the risk of being forever stuck in the waiting room.

It is not unreasonable to expect the war in Ukraine to lead to an EU push into the Western Balkans. In the face of the Russian challenge, the union will take steps to consolidate its position and prevent disruption. The European Union Force (EUFOR), the peacekeeping mission in Bosnia, has been reinforced, as has the European Rule of Law Mission in Kosovo (EULEX). Additionally, Serbia has been pushed to align with EU sanctions against Russia following the invasion of Ukraine. Starting accession talks with North Macedonia and Albania will be another logical step, but the current government of EU member state Bulgaria is expected to lift its veto on the opening of such talks. (Perhaps Bulgaria could be motivated in the interest of stability in South Eastern Europe or by EU incentives like economic compensation to Bulgaria, commitments to bring Bulgaria into the Eurozone , or even constitutional amendments in North Macedonia as requested by Sofia.) However, the opening of EU accession negotiations is a largely symbolic step. This will not automatically translate into improvements on the ground in areas such as the economy, the rule of law or good governance. The EU faces difficult issues in the region, and there are no quick fixes. Its best bet is to forge common cause with the rising democratic movements of the Balkans. Yet this alliance will not materialize easily, and even if it does, it may not prove sustainable in the face of the formidable obstacles facing EU policy.

Much depends on the EU’s own development. A continued democratic retreat would cement the position of the Western Balkans outside the union. Bosnia and Kosovo, still potential candidates, would suffer the most. Denied visa-free travel and excluded from membership of international bodies such as the Council of Europe, Kosovo is threatened with instability. But Serbia too will remain in limbo and will not be able to join the EU until there is a settlement of the Kosovo dispute. By contrast, a geopolitically minded EU welcoming one or more Western Balkan countries into its ranks over the next decade could bring long-awaited changes to the region. Of course, democracy, prosperity and the rule of law will not automatically follow from membership, and much will depend on national conditions and dynamics. But being integrated into the EU is a necessary condition for advancing what the Union itself sees as its main mission: to spread its values ​​and principles to countries and societies on the fringes in the interest of political stability and of economic growth.

The article can be downloaded here