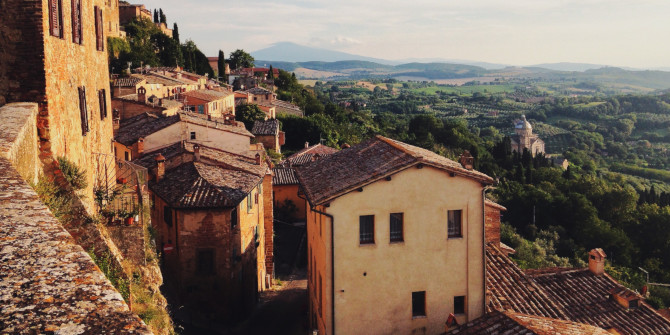 A number of EU initiatives have been implemented to help make European urban areas more inclusive spaces for the people who live there. Yet like Claudio Tocchi, Luciano Scagliotti and Licia Cianetti To explain, most of the attention so far has focused on the big cities. They argue that if the EU is serious about improving inclusion, it needs to better integrate the voices of small and medium-sized towns.

The growing political, economic and social distance between metropolitan areas and â€œthe restâ€ is now a widely established fact in Europe. This urban-rural divide has been frequently cited to explain Brexit, the uneven effects of globalization and other recent phenomena.

However, between the global city and the rural village, there is a continuum of other urban contexts which are not easily represented in this framework. In the European Union, more than one in three citizens live in cities of 5,000 to 100,000 inhabitants, yet small and medium-sized urban areas are generally overlooked in city-oriented academic and policy circles.

This is also reflected in transnational city networks, which are strongly imbalanced in their participation in favor of large urban centers. These networks are key areas of urban policy, but very few cities with less than 100,000 inhabitants participate in them. In transnational civil society networks – which link civil society organizations rather than local governments – this absence is even more acute.

Neglecting the specific needs of those who live and work in smaller urban contexts is particularly problematic when it comes to inclusion and anti-racism initiatives. Although ethnocultural diversity is increasing in urban areas of all sizes, debates about local governance of diversity tend to focus on large centers. The demands put forward by transnational networks on issues of inclusion and the fight against racism are mainly based on the experiences of large (and often richer) cities. It is vital that new forms of knowledge exchange can be developed that include the voices of those who live in smaller urban spaces.

Why local governments are at the heart of inclusion

Inclusion is a fundamentally local matter. While migration can be governed at the national (or supranational) level, cities are the place where people interact on a daily basis. For this reason, increasing attention has been paid in Europe and beyond to the role of local governments in promoting inclusion, as evidenced by a profusion of networks, initiatives and action plans.

the United Nations Sustainable Development Goals specifically aim to make urban settlements â€œinclusiveâ€. With urban populations growing rapidly and overtaking rural populations worldwide, there is a growing interest in overhauling inclusion policies (but also environmental, digital and well-being) from an urban perspective. This â€œurban shiftâ€ was particularly popular in Europe, and 2020 saw the signing of the New Leipzig Charter which promises to harness â€œthe transformative power of cities for the common goodâ€.

But cities are not only objects of national and international policies. Local governments are also strong and visible political subjects able to develop targeted inclusion policies, avoiding the unique approach typical of national authorities. The importance of local government has become even more obvious during the Covid-19 pandemic.

Over the past decade, international institutions have strengthened the role of municipal governments in promoting inclusion. Several city networks have been set up to promote diversity and fight against discrimination. More recently, the European Commission has recognized the fundamental role of cities and other local authorities in promoting diversity and combating discrimination in its action plans on integration and inclusion and Against racism.

Small and medium-sized towns and cities

The absence of small and medium-sized towns from these initiatives is problematic for at least three reasons. First, a significant proportion of the European population lives in these areas. About 70 percent of the European population resides in an urban area, but about 56 percent of this urban population is found in a small or medium-sized town or city. the variety of European urban context is even more striking compared to other countries like the United States, where a greater proportion of people live in large cities of more than five million people.

Second, small and medium-sized towns are diversifying. EU countries have different levels of urbanization, which in turn influence the distribution of migrants between urban and rural areas. However, in Italy, more than half people of foreign nationality live in towns with fewer than 50,000 inhabitants. In Germany, migrants tend to move first to large cities in the west of the country, but around 20% of people with an immigrant background live in a medium-sized city and around 16% in a small town.

The UK contrasts with other countries as ethnic minorities are highly concentrated in a few cities. Even within these cities, concentration is significant in only a few neighborhoods. Despite this, diversity is gaining ground in small and medium-sized UK towns. Census data indicated that almost all local communities in the country have increased their level of diversity since 2001.

While large cities are the first point of arrival for migrants and refugees, many later move to smaller centers. This is important because even if small and medium-sized towns are not affected by the first waves of immigration, they are likely to need intercultural and anti-discrimination structures in the long term.

Finally, the experiences of governance of inclusion in small urban areas may be different from those in large urban centers. The pointy urban-rural divide which now exists in many European countries suggests that while some approaches may be transferable to all urban areas, there are specific challenges and experiences within small and medium-sized towns that require specific approaches and analytical frameworks.

Within city and civil society networks, the absence of representatives from small urban areas continued during the pandemic when most meetings and activities moved online. This suggests that barriers to participation may go beyond issues with travel budgets. Small and medium-sized cities and the civil society organizations that operate there may lack the skills and resources common to large cities. This can make the approaches developed by these networks unsuitable for small urban areas. These dynamics can ultimately increase, rather than bridge, the growing socio-economic and political divide between â€œsuccessfulâ€ metropolitan areas and â€œleft behindâ€ provincial spaces.

Migrants need a bigger voice in small and medium-sized towns. Likewise, representatives of these cities should be given more opportunities to participate effectively in international networks. These networks must find a way to include the voices and needs of those who represent and live in small urban areas.

More research is needed on the barriers to network participation that small urban areas face. The aim should be to design networking practices that include the experiences, problems, innovations and aspirations of all urban areas, not just big cities. It is not enough to maintain the same practices and extend them to smaller municipalities. To be truly transformative, networks will need to find new ways of working that can capture the experiences of these small urban areas and promote inclusive practices that extend beyond large population centers.

Note: This article gives the point of view of the authors, not the position of EUROPP – European Politics and Policy or the London School of Economics. Featured Image Credit: Rowan Heuvel at Unsplash