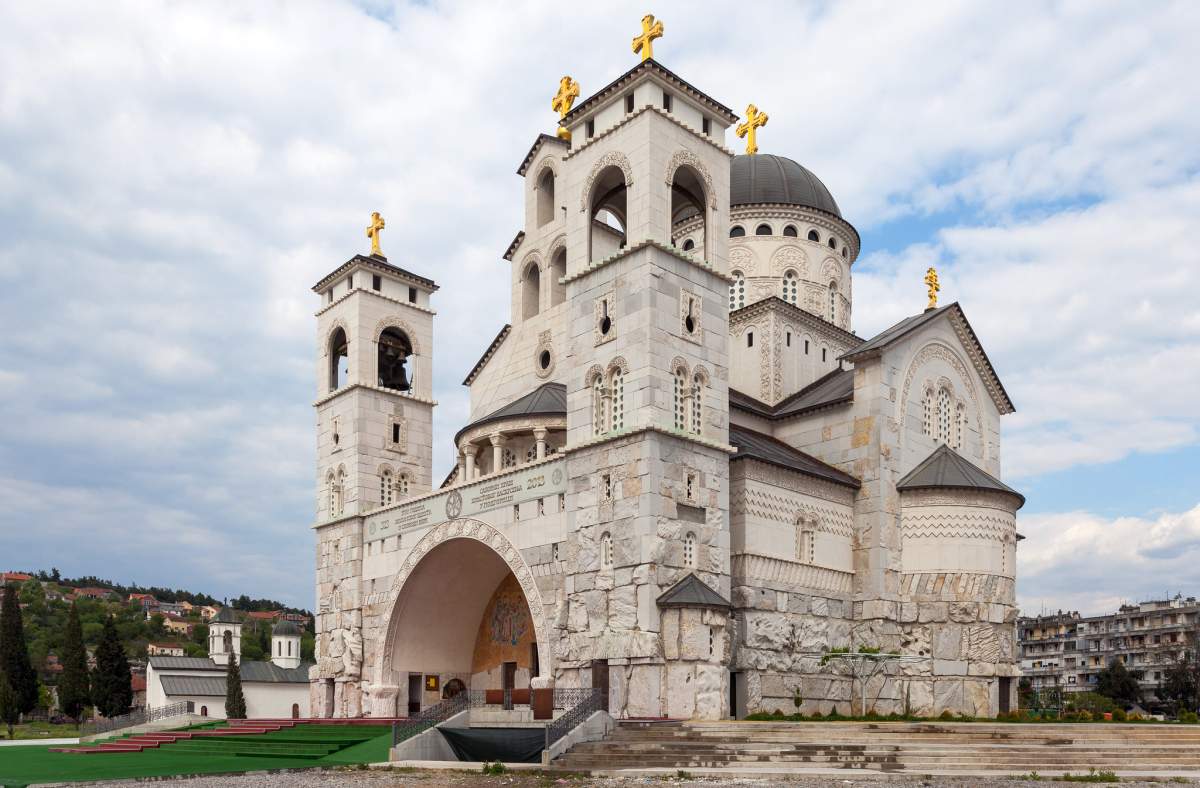 The Church Pact announces the fall of the Montenegrin government

The Church of Serbia continues to wield enormous influence and complicate politics in the smallest of the Yugoslav successor states.

In the early hours of August 20, after a long and often moody parliamentary session, MPs voted to overthrow Montenegro’s minority government, which had been in power for less than four months. And while the government, led by Dritan Abazovic, faced wider criticism, it was ultimately the controversial signing of the “fundamental agreement” with the Serbian Orthodox Church (SPC) earlier this month that caused its loss.

The signing of the agreement had intensified a crisis – centered on issues of statehood, identity and the relationship between the SPC and the state – in an already deeply divided politics and society. Abazovic’s willingness to prioritize this over other critical issues left many observers dumbfounded. After all, the challenges facing his government were not trivial. Montenegro is ravaged by deep political divisions, a fractured economy – further damaged by a disappointing tourist season – rising inflation and external political, security and economic challenges. The political flux following the deal has now led to government collapse, the prospect of snap parliamentary elections and even more political instability.

In April, nearly three months after the collapse of the previous government, which came to power with more than tacit support from the CPS, Montenegro’s parliament approved a new minority government. However, he depended on the support of the Democratic Party of Socialists (DPS), the party that had been in government for three decades. Abazovic, as the country’s new prime minister, said his government was time-limited and that parliamentary elections would be held in the spring of 2023. He described his immediate priorities as reinvigorating the EU accession process , the fight against corruption and organized crime and the promotion of sustainable development. economic development, with a view to putting Montenegro back on a clear path towards eventual EU membership.

Abazovic, an ethnic Albanian from Ulcinj, also pledged to resolve the issue of state-PSC relations, which he said would chart a course beyond the divisions that have plagued Montenegro in recent times. years. As well intentioned as he was, he took a huge political risk in doing so.

Agreements establishing clear legal relations between the state and religious organizations had already been signed between the government and the Catholic, Islamic and Jewish communities, and the CPS had long argued that it was, in the absence of a similar agreement, faced with discrimination.

However, the issue of reaching an agreement with the Serbian Orthodox Church proved to be politically very sensitive, although the CPS is by far the largest religious organization in Montenegro with the majority of the Orthodox population, whether it define themselves as Serbian or Montenegrin, as followers. But many Montenegrins of the Orthodox faith, especially a small minority belonging to the canonically unrecognized Montenegrin Orthodox Church, see the CPS as an instrument of Serbian nationalism and its supporters as supporters of “Serbian World” – in short, an organization actively engaged in undermining the statehood of Montenegro and the identity of Montenegrins (whom the CPS generally regards as Serbs and Montenegro as “Serbian Sparta”). The deal, critics say, would give the SPC – another state’s church – outsized power in Montenegro.

Given these sensitivities, it was questionable whether the time had come to deal with such a contentious issue as the Basic Agreement. Some in government, and the DPS, whose support depended on the government, warned that signing it without proper consultation would trigger a vote of no confidence in parliament.

Nevertheless, on July 8, the government agreed to the deal, although five government ministers were against it and three others, including European Affairs Minister Jovana Marovic, were conspicuously absent. After the vote, the DPS announced that Abazovic’s government could no longer count on its support and called on the other parties to support a vote of no confidence.

Take her to the street

However, the tensions generated were not limited to the parliamentary precincts. On July 13 – a public holiday that marks both the recognition of Montenegro’s statehood at the Berlin Congress in 1878 and the first popular uprising against Axis occupation in Europe in 1941 – incidents in the Montenegro’s second largest city, Niksic, demonstrated the feverish atmosphere in which the signing debates were taking place. The police intervened to separate two groups, one made up of groups of young Orthodox (Serbs), who crossed the city chanting slogans in favor of Serbia and Russia, and the other of pro-“sovereignists” -Montenegrins. Niksic Mayor Marko Kovacevic blamed ‘outsiders’ for the incidents, though his critics accused him of instrumentalizing the incidents by ordering police to allow members of Orthodox youth groups into the building. the city center, where the celebrations marking the establishment of the state of Montenegro took place.

Following these events, Abazovic and the veteran president of Montenegro, Milo Djukanovic, agreed to form an “expert commission” to examine the constitutionality of the agreement. At a July 19 meeting, they tentatively agreed on a six-member panel, though one in particular, named by Abazovic, raised eyebrows. Velibor Markovic, a somewhat controversial lawyer and member of the CPS legal team, has a reputation for making chauvinistic and homophobic statements via his social media accounts. As a result, two members of the proposed commission immediately resigned, citing their refusal to work with him. Abazovic was accused of trying to derail the whole process by proposing Markovic, knowing that others would then likely refuse to participate and the commission would never begin to function. Therefore, no meaningful review of the constitutional validity of the agreement would take place.

This is precisely what happened, but the document was finally signed on August 3, much to the chagrin of those who had argued that no deal should have been reached without much wider consultation. And the way it happened, mostly in secret, without prior public announcement, caused further offense. Indeed, Foreign Minister Ranko Krivokapic, who had opposed the deal, said it was “cleared in Belgrade and brought to Montenegro” and that the government could not change a single letter there. Other critics of the deal expressed similar outrage.

Back to square one

There is therefore little doubt that by signing the agreement, Abazovic had taken an important political gamble. The DPS and the Social Democratic Party presented a motion of no confidence, both claiming that the agreement was unconstitutional because the agreement, among other things, gave the CPS wide leeway with regard to property rights and access to this property.

During a heated parliamentary session and facing criticism not just over the deal but more broadly over his government’s record, Abazovic mounted a strong defense, saying he had no regrets about signing the document . He also claimed that some of those behind the no-confidence motion, and the media supporting them, were funded by organized crime groups he pledged to fight. Either way, 50 of the 81 MPs voted for the motion, heralding the end of Abazovic’s short-lived government.

From now on, a new interim government will be formed and responsible for organizing new legislative elections. This, however, cannot happen before the official dissolution of Parliament. And it is still unclear what the composition of an interim government would be, even if it could be led by a non-partisan figure from the NGO sector. Whenever elections are finally due to take place (most likely in April 2023), they will no doubt take place in a heated political atmosphere. For any new government, it will not be easy, in the meantime, to find a way forward.

Kenneth Morrisson is Professor of History at De Montfort University in the UK. He is the author of Holiday Inn Sarajevo: On the Front Lines of Politics and War (Palgrave MacMillan, 2016), Nationalism, identity and statehood in post-Yugoslav Montenegro(Bloomsbury, 2018), and co-author of The Sandjak: a story (Hurst & Co./Oxford University Press, 2013) and Report on the siege of Sarajevo (Bloomsbury, 2021).

Good question: does Bar-Bill still come to the bay?

China’s economy is doomed to collapse