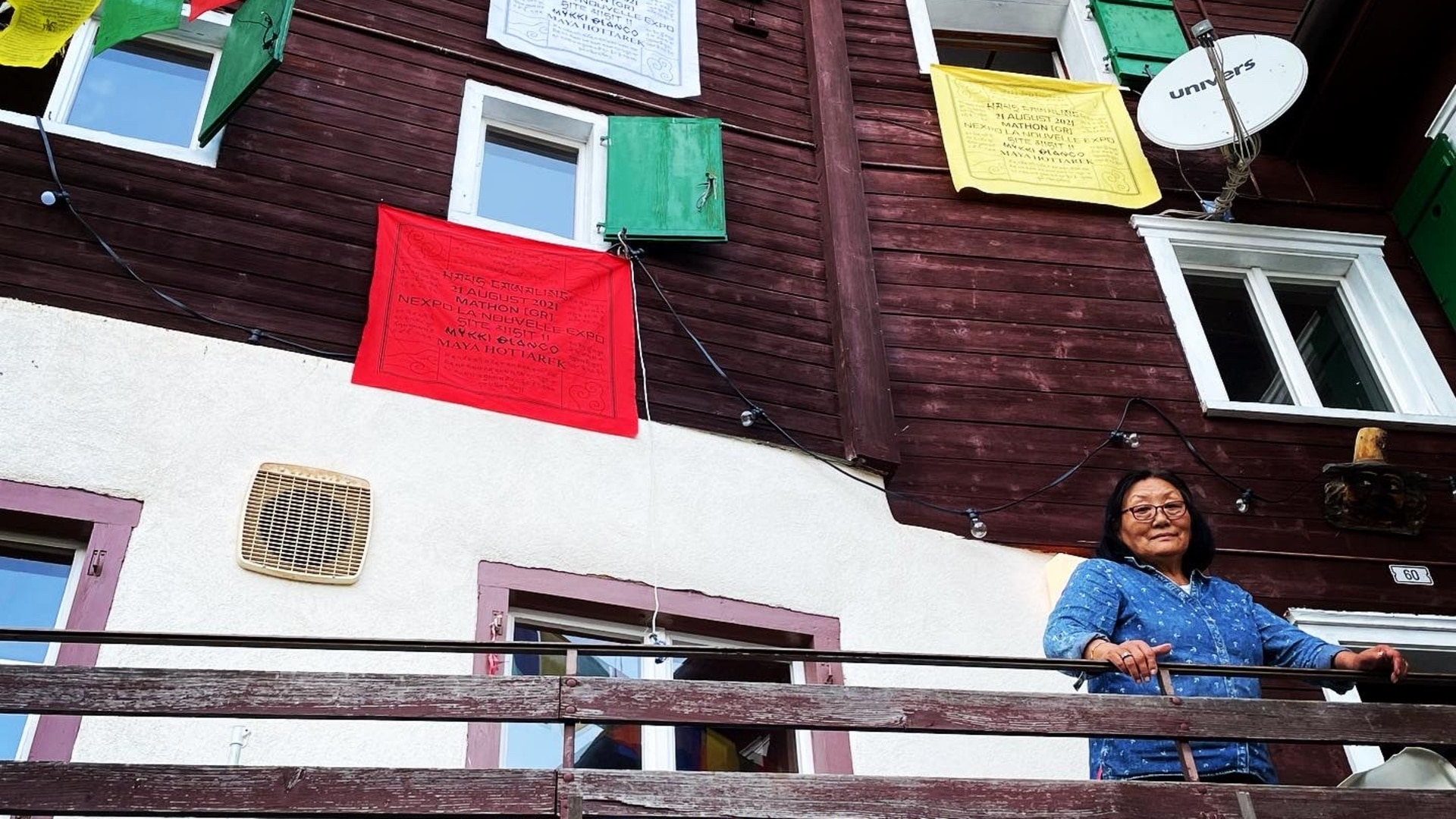 The next EXPO wants to reduce Swiss megalomania

Twenty years ago, Switzerland presented itself as a rich, spectacular and monumental place embracing the digital future with a critical openness with its Expo 02. Nexpo, the next Swiss national exhibition scheduled to open in 2028, faces a completely different reality.

Born in São Paulo, Brazil, editor in the Portuguese department and responsible for swissinfo.ch Culture beat. Graduated in Cinema and Business and Economics, worked at Folha de S. Paulo, one of the main Brazilian dailies, before moving to Switzerland in 2000 as an international correspondent for various Brazilian media. Based in Zurich, Simantob has worked with print and digital media, international documentary film co-productions, visual arts (3.a Bienal da Bahia; Johann Jacobs Museum / Zurique), and was a guest speaker on Transmedia Storytelling at the Lucerne University of Application. Sciences and Arts (HSLU – Camera Arts, 2013-17).

More from this author | Portuguese Department

Although there are still seven years until the official opening of Nexpo, Switzerland’s next national exhibition, preparations are well underway.

Haus Gawaling, a Tibetan house in the small alpine village of Mathon in the canton of Graubünden (50 inhabitants), hosted one of the launch events. A group of around 50 guests, mostly artists, curators and architects, followed the Nexpo organizers on a short hike through the mountains. The day ended with a Tibetan dinner and impromptu performance by African-American queer poet and singer Mykki BlancoExternal link.

This global and almost utopian microcosm is the reflection of the great project. The young artistic directors Fredi Fischli and Niels Olsen organized a series of “exploratory trips” across the country, in search of “landmarks of tomorrow’s Switzerland, existing and new”.

These monuments could be part of the main exhibition in 2028, which will be spread across the country. The role of cities is at the heart of the new concept. The mayors of the 10 largest Swiss cities – Basel, Bern, Biel, Geneva, Lausanne, Lugano, Lucerne, St. Gallen. Winterthur and Zurich – proposed the initiative at an informal meeting in 2016.

This rather decentralized structure is supposed to permeate the whole process and the final exhibition itself, a total reversal of the idea exposed in 2002. Some smaller towns, like Chur, Neuchâtel and Aarau have already joined the project, too.

The exhibitions, as these national exhibitions with universal vocation are called, are an invention of the 19e century – although the first on record, the World’s Fair in Prague, took place as early as 1791. They serve as a showcase for the (national) achievements and (global) aspirations of a particular country at a given time.

Switzerland has organized an Expo every 25 years on average since the first edition in 1883 in Zurich, focusing on the importance of education for economic growth.

This progressive vision was however put aside in the following exhibitions (Geneva 1896; Bern 1914; Zurich 1939), dominated by the military. The times then demanded a certain projection of autonomy in matters of defense, but at the first post-war exhibition, in Lausanne (1964), Switzerland attempted a futuristic image of itself, displaying a study computerization of his company, highlighting what were then considered “Swiss values”. The results of Project Gulliver, as the experiment was called, were not as expected and some were duly censored.

Expo 02 was probably the most criticized Expo to date. He projected an idea of ​​Switzerland imagined in the 1990s and already outdated at the time of its opening. Recent events like September 11 and the War on Terror have changed the whole world perspective. Internally, the Alpine nation has been rocked by a myriad of national scandals such as the grounding of Swissair and the disclosure of Swiss ties to Nazi Germany just as Swiss banks were finally to settle the issue of “heiress accounts.” Of the Holocaust.

The projections of megalomaniacal utopias of digital architecture did not correspond to a moment of national introspection and difficult calculation with the recent past of the country, as ideas of “Swiss values” and official narratives were contested and debunked by done on an almost daily basis.

Compared to the previous edition, Nexpo’s ambitions seem more in line with the current state of mind. Its basic concept, however, was devised by the same team that created Expo 02, led by art historian Juri Steiner. “But to implement this concept, we had to pass it on to a younger generation,” said artist Johannes Gess.External link, member of this conceptual team who was also present in the Mathon Site Tour.

At 35, Fischli and OlsenExternal link bring their experience in exhibitions and research, including arts, science and architecture, developed within the Swiss Institute of Technology (ETH Zurich). Their vision of cities, however, is not confined to the ideas that transformed thinkers such as Dutch-American Saskia Sassen.External link or the Spaniard Manuel CastellsExternal link into intellectual celebrities 20 years ago, pointing out that migration and the rise of a network of cities, instead of national states, were the main drivers of globalization.

“We don’t see cities as places of success,” says Fischli. “Most of these exhibitions are more of promotional events, while we, on the other hand, are more interested in the dysfunctional elements of cities and how they can learn from the countryside, setting aside the proverbial urban arrogance.

What does “urban arrogance” mean in this context?

“Considering that the initiative comes from the cities, I think it’s important to visit places like Mathon and learn from their community solutions instead of taking a colonial approach, of exporting the idea of ​​the city in a place like this. “

“Cities have their own particular histories,” he adds, “and there is a series of studies examining the transfer of power from national states to cities. The countryside is getting poorer and poorer while the mayors are the ones who define the future.

Fischli and Olsen are also seeing another trend that was already visible but has become more evident with the pandemic. “Digitization had already started this shift in which it doesn’t matter where you work. The pandemics just sped it up, but the hustle and bustle of the city is pushing people to the suburbs, and maybe the suburbs are the future. “

The concept of the city center has recently found a counter-discourse in the new strategic vision announced on the Swiss National Day (August 1st) by the right-wing Swiss People’s Party (UDC / UDC). In a video messageExternal link, the president of the party, Marco Chiesa, pointed the finger at the enemies of the Swiss people, namely the townspeople, whom he qualified as “parasites”.

Fischli recognizes the problem head-on, after all, Chiesa is touching the same spot that the Nexpo organizers are working on. While he doesn’t think this is the biggest problem Switzerland faces today, he says he’s curious to see how this debate will develop.

“It will certainly create a lot of comments, different opinions, ideas and criticism, which can also be justified. Maybe they could reveal gaps in the countryside or in the suburbs that cities shouldn’t ignore but actually listen to – the point is to start a dialogue, ”he says..

Fischli and Olsen hope to help fill this gap throughout the preparation of Nexpo, and not just during the exhibition itself. “But for that, we have to work in an international perspective and in a more cosmopolitan way than the last Expo 02.”