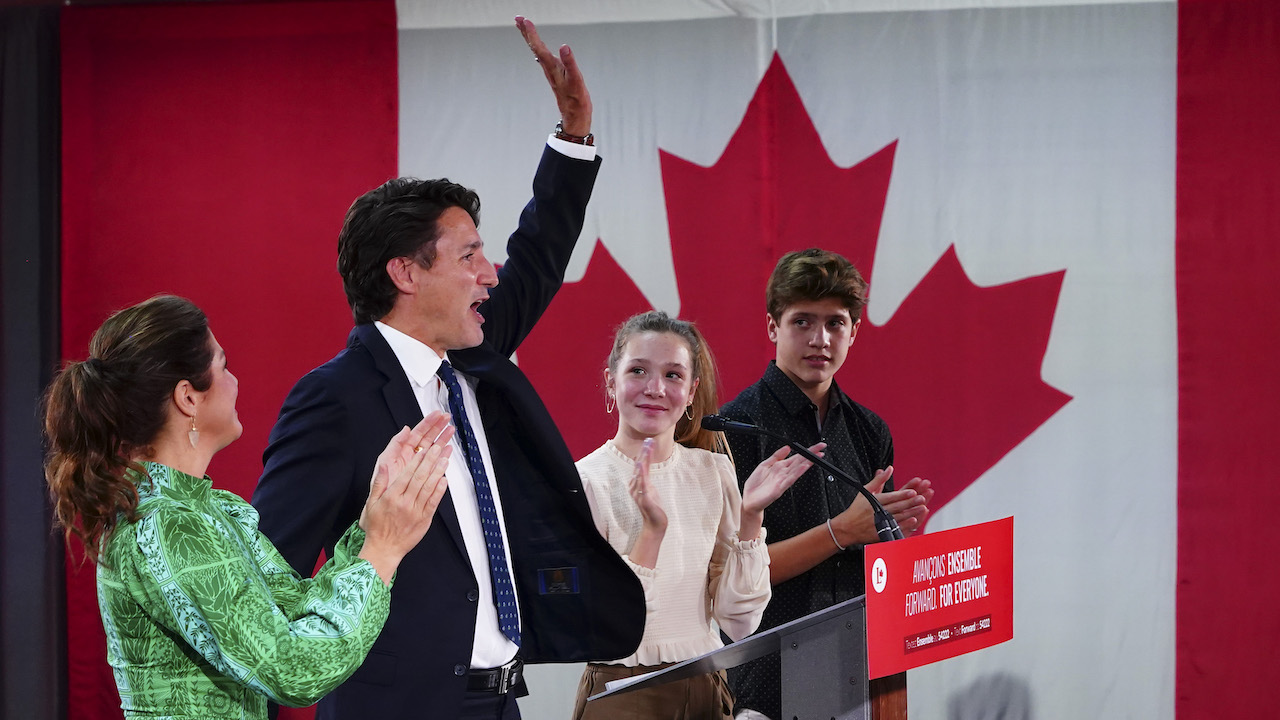 Trust issues: How the Liberals can build Canadians’ trust in government

During the federal election campaign, the Institute on Governance partnered with Advanced Symbolics, using AI to measure Canadians’ opinions on trust in government against five OECD indicators: responsiveness, reliability, integrity, openness and fairness. We have observed social media activity and sentiment (positive and negative) across the ideological spectrum, from left to right.

Our journalism depends on you.

You can count on TVO to cover the stories others don’t, to fill in the gaps in the ever-changing media landscape. But we can’t do it without you.

The public and political mobilization of the extreme right in Canada is a new phenomenon. These “fringe” perspectives no longer echo within the confines of chat rooms and the confines of the Internet. They have become visible and active in mainstream social media and at public events, and institutionalized in our political system under the banner of the People’s Party of Canada.

Why is this important

Trust in public institutions has eroded in Canada and other western democracies. Although the decline has been more moderate in Canada than in the United States or the United Kingdom, it must worry the new government.

A key priority for the new government must be to increase confidence in our public institutions in carrying out its mandate.

It will have to inspire Canadians to find ways to better understand and appreciate the importance of our public institutions.

The new government will need to openly consult with Canadians if it is to forge consensus and implement its mandate. Its political platform cannot be defined to attract an ideological segment of voters or to reward those who could have formed the margins who gave the most seats to the Liberals. It might work in the short term; in the long run, this would continue to undermine confidence in government.

Equal attention will need to be paid to how the government agenda is handled. The Prime Minister should ensure that his government is responsive, reliable, honest, open and fair in its dealings with every Canadian. The tone of political discourse underway in Parliament (and outside) will have an impact on restoring confidence in our institutions.

The government should reform the federal public service to make it more responsive and relevant. Public servants are stewards of the institutions that serve our democracy – yet they work in a Westminster system that struggles to adjust to 21st century realities and become as diverse as the people it serves.

Institutional trust in a federation refers to all levels of government: federal, provincial and municipal. The election reflected the priorities of Canadians: health care, pandemic management, housing, child care and the environment. By working with provinces and municipalities to make real progress, the government will build trust and strengthen the federation.

The government will need to think about what the extreme right’s lack of trust in government really means. The populism of this ideological cohort, its belief that government institutions do not represent “real people,” is doubly concerning given that the cohort is social media savvy and has received coverage in mainstream media. The new government should respond to legitimate regional political pressures while ensuring that their influence is not disproportionately accentuated, so that the federation and its democratic systems and institutions are endangered.