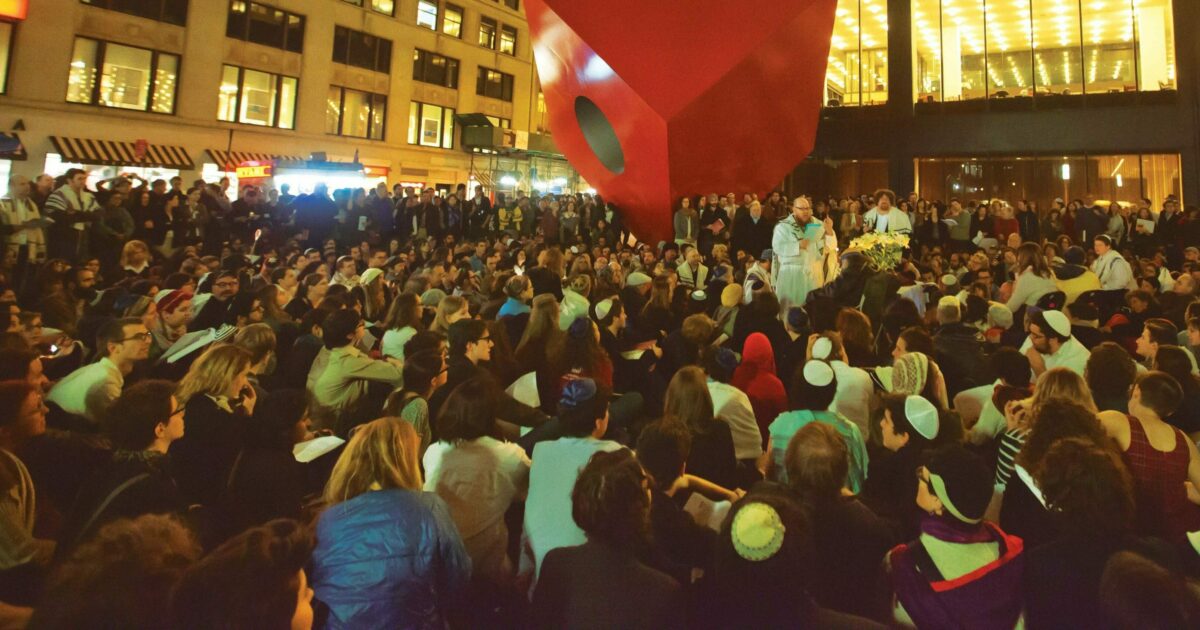 What the Jewish Left Learned from Occupy

Liza Behrendt: I watched [Jewish events at Occupy] as another opportunity to build Occupy, rather than feeling a deep sense of Jewish identity in these spaces. The framing of the movement has really flattened and erased the identity; I wasn’t particularly aware of my identities in space, as a white, or Jewish, or queer person. It felt like we were all going in the same direction together, which I think didn’t convince a lot of people, and probably meant the movement was less principled and less radical.

Yotam Marom: I really noticed that a lot of us in the leadership were disproportionately Jewish. It became something that I wrote and talked about: What the fuck is all these Jews on the left and just don’t talk about being Jews?

Menachem cohen (organizer, Occupy Judaism Chicago; rabbi): [In Chicago,] we created an interfaith group, which I think we called the “spiritual care committee”. We were there to let people know that if they wanted someone to talk to, or a spiritual recharge, we were available. It was not, “Let’s organize ourselves as Jews. It was like, “It’s exciting that we’re a group of Jews here.” We drew energy and maybe pride from it, but we didn’t have a block.

Juan Carlos Ruiz (pastor, Church of the Good Shepherd; co-founder, New Sanctuary Coalition; organizer, Occupy Sandy): We received a mixed response [as religious figures] to Occupy. Because the Bible, the Koran, has always been in the hand of the conqueror, while the other hand has the sword or the gun. Some of us started trying to give some idea of ​​historical memory, because the young people, in their fervor to organize Occupy, didn’t have it. There is all this historical memory which is subversive, these traditions which take this prophetic voice of the marginalized, the impoverished. So I started to tap into that and say, “You are a link in this chain of solidarity.”

Arthur waskow (organizer, 1969 Freedom Seder; founder, Shalom Center; rabbi): I went to New York as a member of the National Council of Elders, which is made up of veterans of the [social] twentieth century movements. We got the Occupy leaders to agree that we would lead a prayer service. Most of these people were absolutely not interested in prayer, synagogues, churches. But we created a service that was of its time. There might have been a few pages of notes, but there was certainly no printed prayer book. And the people loved it. We were amazed.

Daniel Sieradski: I remember there was a secular communist who said: “Religion has no place in this movement, it’s a secular movement, you shouldn’t do that. And I remember a few anti-Semites saying to themselves right away: “Fuck you, get the hell out of here. They were yelled at and kicked out of the park. But other than that, no one was ever against what we were doing. It was always, “Thank you very much for being here. “

Liza Behrendt: I didn’t quite define myself or my work as anti-Zionist or in solidarity with Palestine at the time, it was much more anti-Zionist.[Israeli-]Occupation. We were about to grab a critique of colonialism, but I know I wasn’t there yet.

I have never tried to bring up Palestine in a General Assembly. I don’t remember trying to fit it into a larger strategy at Zuccotti Park, in part because I felt I didn’t have the stamina to try to impact the larger strategy. But me and Carolyn [Klaasen] and others in the JVP chapter saw Occupy as an opportunity to help bring Palestine into the conversation.