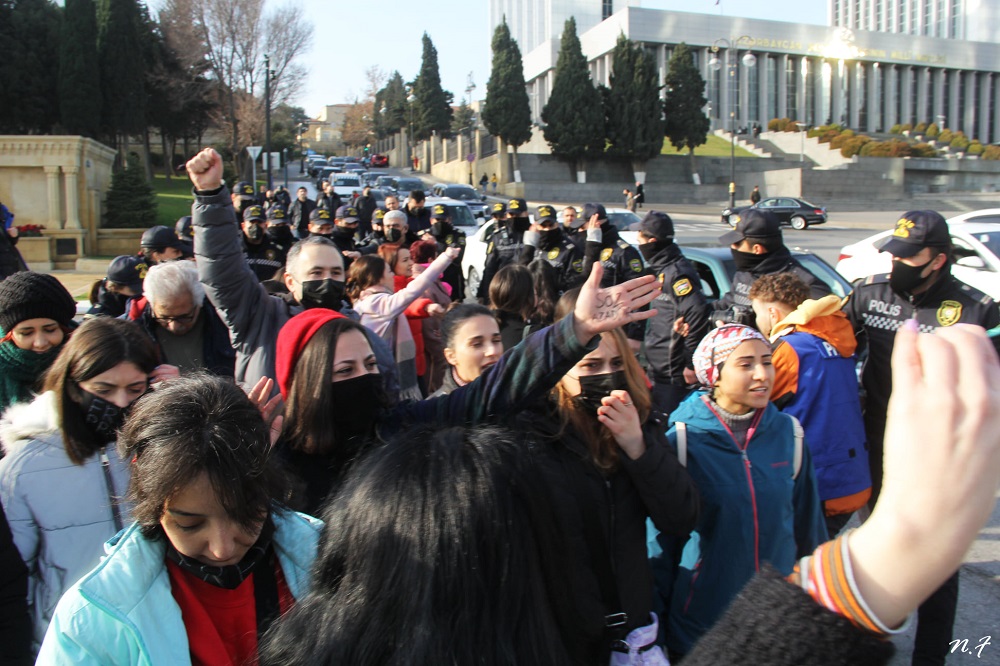 What was the EU’s response to the Azerbaijani media law

The European Union attaches great importance to free and independent journalism, said the Head of the EU Delegation to Azerbaijan, Peter Michalko. According to him, the media law, which came into force in Azerbaijan, has become a subject of discussion between the EU and the Azerbaijani authorities. “It is important that the law does not have a negative impact on the activities of journalists,” Mikhalko stressed.

During a press conference dedicated to World Press Day, the head of the EU delegation to Azerbaijan, Peter Michalko, said that the EU attaches great importance to free and independent journalism.

The “media law” has become a topic of discussion

“Sometimes journalists, by bringing truthful information to people, face risks to their lives, as is currently the case in Ukraine, which has been subjected to Russian aggression,” Turan Mikhalko quoted.

According to him, the issue of the new “media law” which entered into force in Azerbaijan in January has become the subject of discussion between the representatives of the European Union and the Azerbaijani authorities: “It was noted that it is important that the law does not have a negative impact on the activities of journalists”.

The Head of the EU Delegation in Azerbaijan noted that the EU can support local media with projects aimed at improving the professionalism of journalists, including in the regions of the country. In addition, Azerbaijani media can benefit from regional projects within the framework of the Eastern Partnership.

New partnership agreement between the EU and Azerbaijan

Peter Michalko said that the further development of cooperation within the framework of the EU’s Eastern Partnership program depends on the will of the participating countries themselves.

“The day before, Ukraine, Moldova and Georgia responded to the first stage of the EU accession questionnaire. With Azerbaijan, the EU continues to work towards the signing of a new Comprehensive Partnership Agreement. In the context of recent high-level mutual visits, work has also intensified on this document, which will take the partnership to a new level,” he stressed.

It was also noted during the press conference that the European Union is the main trading partner of Azerbaijan, 51% of whose exports go to the European market.